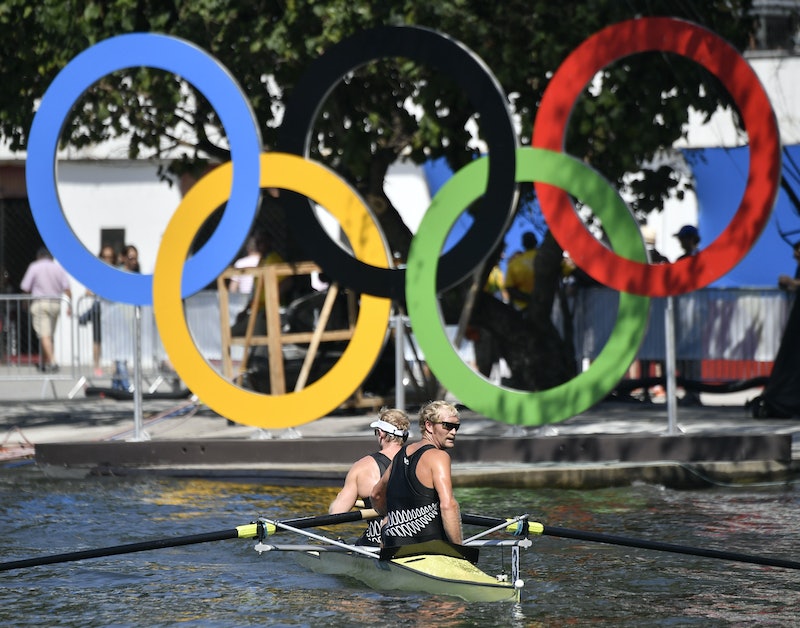 The 2016 Summer Olympic Games in Rio de Janeiro officially kicked off Saturday morning, following a rousing opening ceremony that introduced the world to the men of Tonga — I mean, Brazilian culture and history. On Saturday morning, the first Olympic gold medal was already handed out to American athlete Ginny Thrasher in the 10-meter air rifle competition, and events in men's gymnastics, basketball, and cycling were well underway. So, what a better way to celebrate the start of the Rio Olympics with the #OlympicProblemsIn5Words hashtag, which highlights everything from funny to seriously wrong with the 2016 Olympics?

But the #OlympicProblemsIn5Words has also taken a bit of a serious tone. Some Twitter users have taken the opportunity to use the hashtag as a way to highlight all of the major problems currently plaguing Rio de Janeiro, such as the dirty water, the rising crime, and the Zika virus. While it's fun to be excited about the Olympics, let's remember that Brazil is facing some health and political crises that deserve attention.

Here are the best tweets from the #OlympicProblemsIn5Words hashtag: