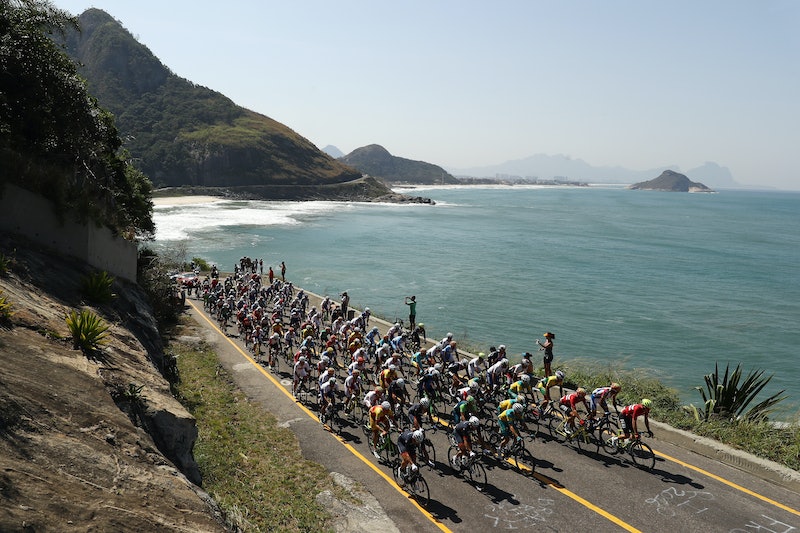 As athletes competed on Saturday, a loud blast was heard near the men's cycling course at the Rio Olympics. Bomb squads are currently on site to see what caused the noise, which seems to have been caused by a controlled explosion. Witnesses at the scene are saying that there are no visible injuries and that the panic seems to be dying down.

The Associated Press reported that an unnamed officer, who wanted to remain anonymous because he was not authorized to speak on the issue, said that the blast was caused by a controlled explosion by an unattended bag near the finish line of the men's cycling race course. Although military police have cordoned off the area, no one was evacuated from the scene, indicating that any imminent threat has been ruled out. Reuters also reported that police are "calmly patrolling" the area.

The blast was heard over the commentary of the men's cycling even on Saturday morning. Reporters at the scene also said that the heard a loud bang and could feel the ground shaking. According to reports, there have been several controlled blasts in the past few days amid heightened security concerns in Rio, but there have been no injuries reported so far.

Rio has been beefing up security in the run-up to the Olympics and the opening ceremony, which was held Friday night. Along with increased patrolling on the streets, there is also a Navy ship guarding the waters near Copacabana Beach. A terrorist act during the games is clearly a main concern, but there are also some who are worried about potential increased street violence.

Still, the main focus of security seems to be related to international terrorist groups. A Brazilian extremist group pledged allegiance to ISIS in July, using the encrypted messaging app Telegraph. And in the week leading up to the opening ceremony, a dozen ISIS sympathizers were arrested after they had allegedly discussed attacking the Olympic Games.

Still, for now, this seems to be the case of an unattended package that seems to have been handled swiftly, and most importantly, without interrupting the athletes or crowds there to support them. The security measure might have been scary in the moments of confusion directly after it, but hey, better safe than sorry. It's good to know that the country seems to be hyper-vigilant when it comes to security measures during the Summer Olympic Games.