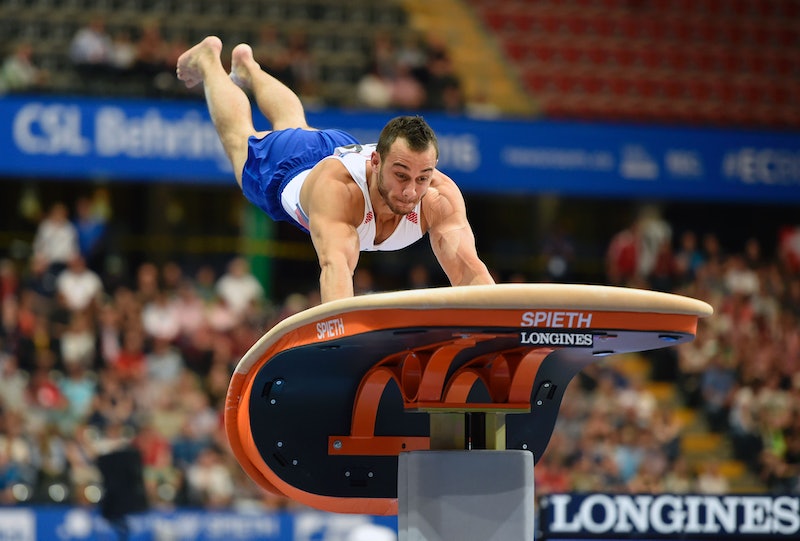 It's that moment that you never want to see, much less experience, during the Olympics: French gymnast Samir Ait Said appears to have broken his leg in the Rio Olympics. Said was competing in in the first day of men's gymnastics when the incident occurred during his landing off of the vault, sending shockwaves through the crowd and the viewers watching.

When he landed from the vault, Said immediately fell from the ground. He began to grab at his left knee, with the lower part of the shin clearly flopping in a way that no appendage should ever do. Medical teams rushed to Said, who was eventually taken off of the floor on a stretcher. But here's the power of positivity: Said waved to the crowds as he was carted off.

You can find a video, photo, or GIF of the breaking point pretty easily, but before you go searching Twitter, just know that it's pretty graphic. Seriously. It kind of makes you think of the frailty of human existence, and also causes an unstoppable need to grab your own leg and check if it's okay.

Unfortunately, this has put a hard stop on Said's Olympic dreams (in 2016, at least). The 26-year-old was competing in the trials, with the top teams set to go to the finals on Monday. I don't think that this particular injury is one that he can just shake off before then.

Said had racked up a number of medals at European championships, including a 2013 gold for rings in Moscow and a few medals on the vault in various European competitions. This was his first time to compete in the Olympics, and needless to say his debut will be remembered for both his grace in a time of extreme discomfort, and, unfortunately, for the reason that he was in pain for the first place. Seriously, the image is completely seared into my memory.

It was a rough day for men's gymnastics. Just as Said was being taken off of the floor, USA Today notes that Germany's Andreas Toba was attempting to suffer through a pommel horse routine after he injuring his knee on a floor routine. Toba wasn't able to finish his pommel horse routine, but managed a dismount by landing with all of his weight on his good knee. Let's hope that things start to look up for the Olympic gymnasts. Sheesh, it's only the first day of competition.