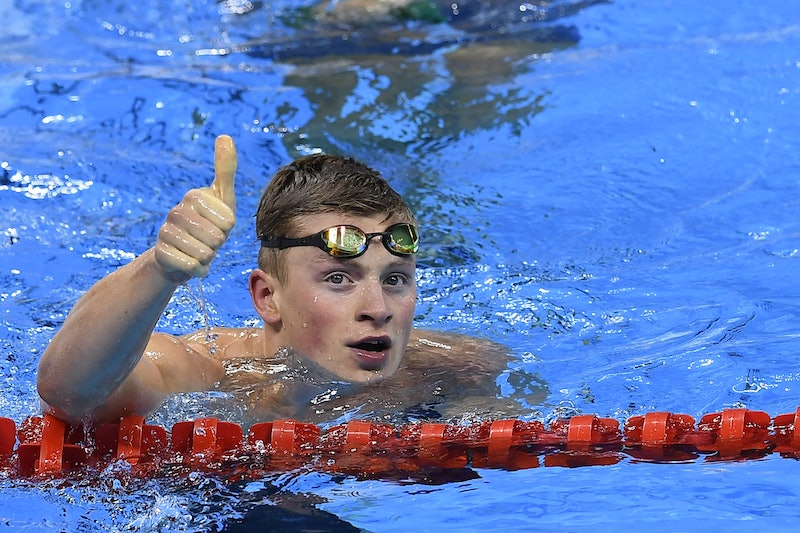 Congratulations, Britons everywhere! On Saturday, your countryman in Rio made history, swimming his way to Olympic glory. British swimmer Adam Peaty set a new world record in the 100-meter breaststroke, breaking his own record set during the World Championships in London last year by a narrow 0.37 seconds, according to The Guardian. Peaty, 21, was considered a real contender coming into the Rio games, and he validated those early predictions in spectacular fashion.

To be clear, that doesn't mean that Peaty is a lock to take home a gold medal. His record-setting pace on Saturday was only the opening round of the breaststroke competition, with the semi-finals slated for later on Saturday, and the finals going down on Sunday. If he manages to turn in a similarly sparkling pair of performances, however, then he'll surely be taking home the top prize, and that'll be big news for Britain ― they haven't had a swimmer on the men's side claim the gold medal in nearly three decades.

In other words, Peaty is one step closer to the goal that ever would-be Olympian dreams of, through years of determined, all-encompassing training. Namely, by Sunday night, he could have a gold medal resting on his chest.

Contrary to some initial reports, Peaty's world record isn't actually the first of the 2016 Rio games ― it is the first world record in swimming, but it's the second overall, following South Korean archer Kim Woo-jin. Woo-jin dazzled with his bow on Friday, finishing the preliminary round with a score of 700 out of a possible 720, as the Japan Times detailed.

Needless to say, the next 24 hours are hugely crucial for Peaty, as how he performs in the next two rounds could secure him a place in Olympic history. And whatever happens, he's got at least one super-fan in the crowd ― as Reuters detailed earlier this week, Peaty's mother Caroline flew to Rio to watch him compete, despite it being the first time she'd ever boarded an airplane. Previously she'd only ever driven to France for one of his races, but obviously this is a pretty big occasion.

If you're interesting in how Peaty will fare in the semi-final and final rounds, then you'll probably want to follow along. The semi-finals are scheduled for 10:08 and 10:16 p.m. ET on Saturday evening, and the final on Sunday will also be a nighttime affair, scheduled for 9:53 p.m. ET.