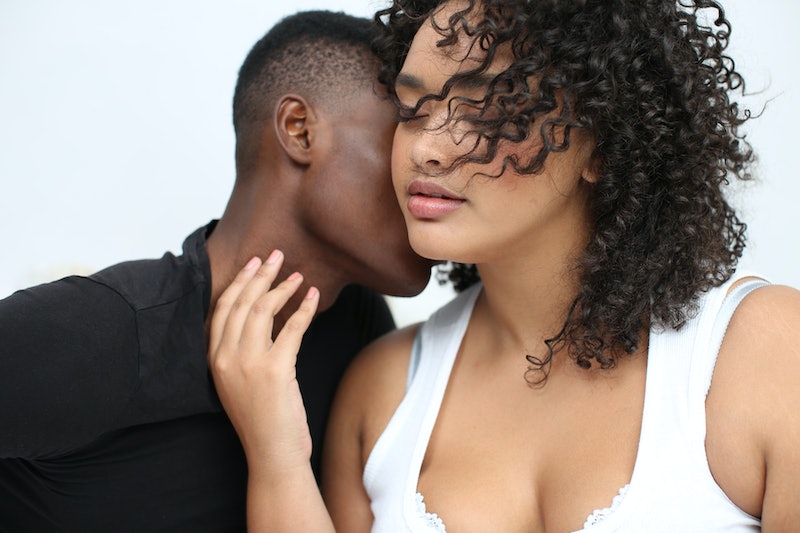 Evolutionary psychology is super hip these days, and fortunately not all of it is speculative. Actual academics publish real studies into the evolutionary roots of human behavior, and these headlines sometimes thrill. This just in from researchers at Kansas State University: two thirds of women studied report that they'd be more hurt by a male partner's emotional affair than a physical one. As reported in the DailyMail:

Two-thirds of women said emotional attachment is more hurtful than extra-marital sex. But for men, just a third said that their partner forming an emotional bond with another man was more painful than having a passionate affair with them.

The convenient, evolutionary explanation for these findings is this: women care more about men's emotional affairs, because they would have historically depended heavily on men for support and an emotional affair would seem to threaten that. Men, on the other hand, would have historically been preoccupied with assuring paternity of their female partner's children. If a woman were to have sex with another man, that could make an evolutionary fool of him, as he pours resources into raising some other dude's kid. Therefore, our ancestors — other things being equal — are the women who did best in securing men's emotional commitment, and the men who did best in securing women's sexual exclusivity.

OK, plausible enough, but hold the phone. How did researchers arrive at this conclusion in the first place? Well, if you look at the actual journal article from Evolutionary Psychology (PDF available here), you'll figure out that the results were generated from a sample of 477 heterosexual young adults: "238 men and 239 women, with an average age of 19.04 years and a standard deviation of 1.98 years." — you guessed it: college students!

While this population is often used in psychological research, it leaves something to be desired. The students took this poll for course credit, and there's no particular reason to think that they are perfectly representative of either adults their age in general (including non-college students and those not enrolled in psychology courses), or of adults of other ages. Surveys are also problematic: people are notoriously unreliable both at predicting how hypothetical scenarios will make them feel, and at honestly reporting those predictions when they know researchers will be assessing and judging them.

College-aged adults also have little experience with long-term monogamous relationships, and affairs of either kind (or the temptation thereof). One explanation for their responses on the survey is that they have some deep-seated, evolved attitudes towards types of cheating. Another explanation is that they're judging affairs based on other inputs: social conditioning such as movies and television and music, things they've read, and etc.

So when a person is cheated on by his or her partner, that person's response is kind of "natural," but also kind of shaped by how he or she has been taught to assess the relative badness of the transgression. Women in particular may learn from social cues that men are constantly overly sexually tempted and prone to giving in to this temptation, but as long your male partner remains a decent provider, you should turn a blind eye to minor sexual affairs. Then perhaps men realize that they can get away with this, so they do.

But, qualms with the study's research methods aside, let's assume that the evolutionary story is basically correct. It suggests that responses to cheating are deeply connected to complementary relationships between men and women, with a division of economic and family labor. But this structure of relationships is breaking down. Fewer women are relying on men for material support than ever before (either out of choice, or because of "the end of men"), and the long-term partnerships that do form seem to be more about self-actualization and personal growth than dividing labor. For these couples, whose bonds are not primarily based upon paternity and childrearing, physical and emotional affairs are probably comparable: whether both forbidden, or permitted.

More like this
25 Inspiring Quotes From Black Women To Celebrate Black History Month
By Kyli Rodriguez-Cayro and JR Thorpe
4 Zodiac Signs That Will Take Forever To Admit They Like You
By Kristine Fellizar
24 History-Making Black Women You Probably Didn't Learn About In School
By Ayana Lage and JR Thorpe
21 Galentine’s Day Memes To Celebrate Your Best Friends
By Meghan Bassett and Mia Mercado
Get Even More From Bustle — Sign Up For The Newsletter
From hair trends to relationship advice, our daily newsletter has everything you need to sound like a person who’s on TikTok, even if you aren’t.