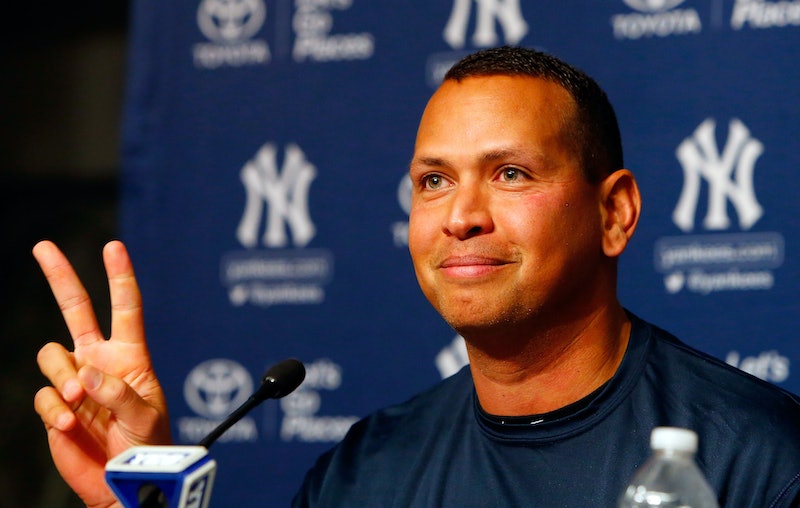 One of the most storied careers in modern baseball will end next week. So, why did Alex Rodriguez retire? Although he'll be staying on in an advisory role to the Yankees, it looks like A-Rod's career on the field will come to an end at Fenway Park next week.

In press conference this Sunday, a visibly emotional Rodriguez said: "This is a tough day. I love this game, and I love this team. And today, I'm saying goodbye to both. This is also a proud day. I was 18 when I broke into the big leagues." After a pregnant pause, the designated hitter collected himself and went on to say: "I never thought I could play for 22 years. At 18 I just wanted to make the team."

For those who haven't been following the trials and travails of the rather lackluster New York Yankees this season, it hasn't exactly been the best year for the franchise, or for Rodriguez himself. Rodriguez's batting average is down to .204 as of Sunday, which is exactly where it was when the then 18-year-old novice was playing for the Seattle Mariners in 1994. In recent years, Rodriguez's age has seemed to catch up with him, as the 41-year-old member of the 2009 World Series Yankee team struggled to keep up. “Mechanically, I never felt like I caught up,” he said in his press conference on Sunday.

While Rodriguez will be hanging up his jersey, it won't be the end of his association with the Yankees — not yet, anyways. He'll stay on with the franchise until 2017 as a special advisor and instructor under a new contract.

With just four hits short of 700 home runs — and 18 short of fellow Yankee Babe Ruth's career record of 714 homers — A-Rod could have been a bit sour at Yankees management for choosing to end his active contract sooner rather than later. But the veteran baseballer was incredibly sanguine in his statement to the press. “As far as 700, or any of those type of milestones, I would have had an unbelievable, fun time going after them. Those are not the cards I was dealt. Again, I’m at peace with the organization’s decision.”

Rodriguez's incredibly zen mindset at the end of his professional career will be an asset as he transitions out of an active position and into an advisory role with the Yankees. A-Rod's final game with the Yankees will be on Friday, August 12, at Boston's Fenway Park.

More like this
What Is Jeanie Buss' Net Worth? The Lakers President Is Uber Rich
By Hugh McIntyre
Chelsea Woody On Shattering Stereotypes In Surfing
By Leah Groth
The 10 Best Waterproof Watches For Swimming
By Lauren Moison
7 Exercises That'll Level Up Your Tennis Game
By Carolyn Steber
Get Even More From Bustle — Sign Up For The Newsletter