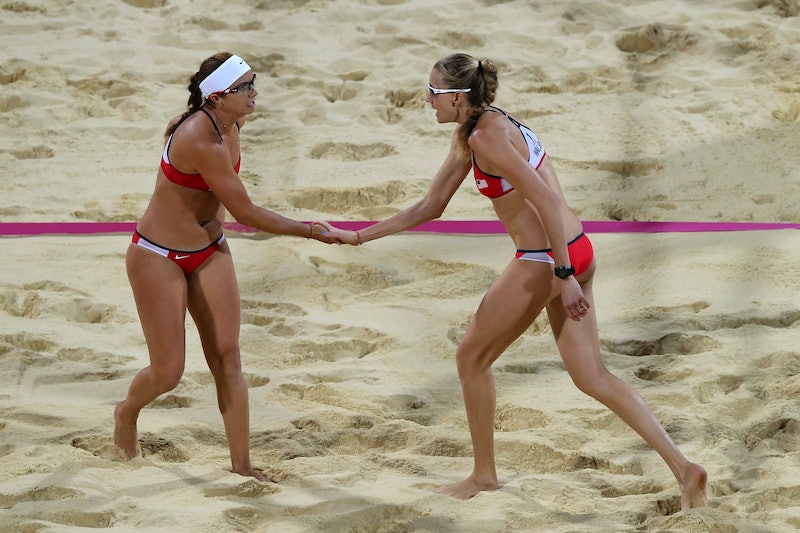 Reporting from the AP just after she and Walsh Jennings won their third set of Olympic golds quoted May-Treanor as saying:

Beach volleyball's not going to be my career anymore. ... It's time for me to be a wife. I want to be a mom and share time with my family. All of us as athletes sacrifice more on the family end than people realize. And it's getting back to that. My mind says it's time. My body says it's time. And it's the right time.

Since retiring, "The Turtle" (as she was known on the pitch) has split her time between Coral Springs, Florida, and her native California. She has also given birth to her first child, a daughter named Malia Barbara, in 2014. Her husband, professional catcher Matt Treanor, retired from playing baseball just over a month before Malia was born.

Since leaving the pitch, May-Treanor has also devoted time to furthering her education. She graduated with a master's degree in Coaching and Athletic Administration from Concordia University Irvine. Speaking to her desire to coach indoor volleyball, as opposed to beach volleyball, May-Treanor said: "I miss the big team. The strategy and timing are a bit different. Beach players are more the mavericks, where indoor is more unified." Earlier this summer, it was announced that she had taken a position as the director of volleyball operations at Long Beach City College, in Long Beach, California. She will also step into the role of head coach for both the women’s indoor and beach volleyball teams.

This will be her first time coaching at a two-year college. “I really like the community college level,” the three-time Olympian told The Long Beach Press-Telegram. “I love getting the players to move on to four-year schools; it’s rewarding.”

While May-Treanor may have moved on from her days as an Olympic beach volleyball heavyweight with teammate Kerri Walsh Jennings, she has definitely positioned herself to be a leader and role model — on and off the court — for years to come.