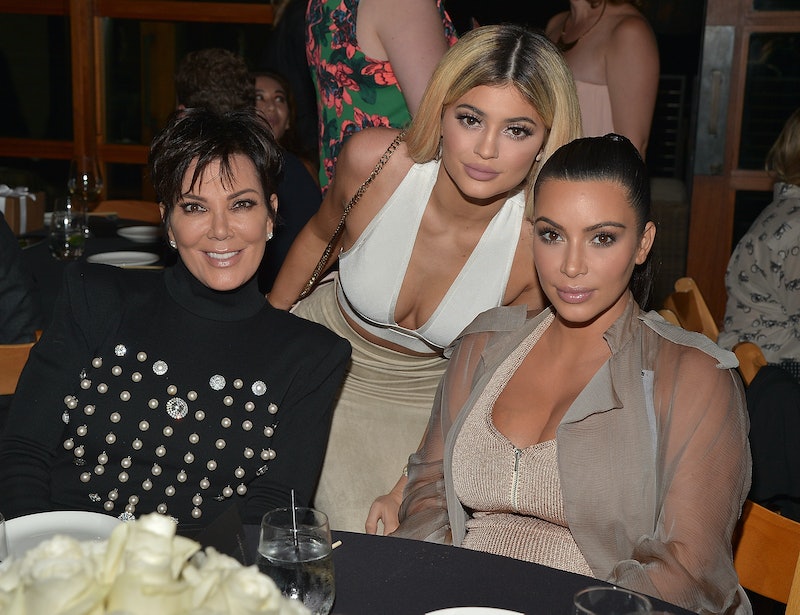 There are a lot of advantages to having your mom as your manager, but there are plenty of downfalls, too, and that's something we've seen tons of times over the years on Keeping Up With The Kardashians. Kris Jenner may be one of the people responsible for her kids' success, but it's not always smooth sailing — especially when their family relationships get in the way of their business ones. On Sunday night's episode, Kris and Kim got into it over her momager style, and for awhile there, it wasn't pretty.

So basically, here's what happened: As you probably already know, Kylie signed on to be the face of Puma, which was a serious bummer since she'd already kind of committed to work with Kanye West on Yeezys — a shoe that belongs to Puma's competitor, Adidas. Obviously, that's really not an ideal situation, and it put Kim and Kanye in a weird position since they'd thought that Kylie and Yeezy were a done deal. Not so much, so that forced Kim to take matters into her own hands and talk to her mom about the situation.

And surprisingly enough? Even though Kim and Kris have definitely had their knock down, drag out fights, this wasn't one of them.

After Kim explained the situation, they were actually able to talk things through. And in the end, Kylie was actually really excited to do Puma, so I guess everything worked out? Either way, not even a business decision could tear this family apart, and I love them for it. Especially after Kris made fun of Kim for the weird things she had her do before her fame took off. That was clearly a highlight.

Kris may do some crazy (krazy?) things sometimes, but one thing is for sure: She loves her kids. And while I definitely can't blame Kim for being miffed, it was awesome to see them work through their agreement. Can I please join this family? Kris can manage me all she wants!