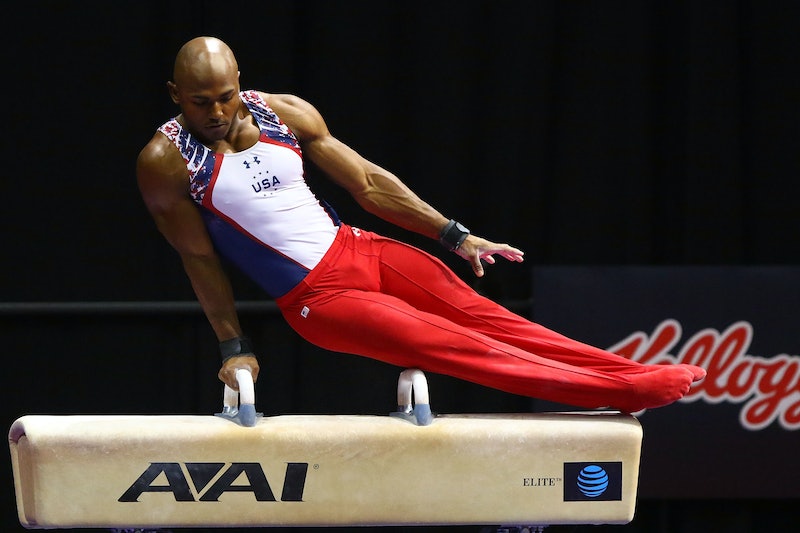 Unfortunately, one gymnast in particular who represented the U.S. in the 2012 London Summer Olympics, will not be returning to the mat this year. Although he qualified for this year's Olympics in Rio, John Orozco injured his left knee just three weeks before the games began. Though he may be out this year, the athlete seems to have a positive outlook on the untimely injury.

Orozco tore the ACL in his left knee while dismounting from the horizontal bar during conditioning at the men's Olympic Training Camp in Colorado Springs.

This is not Orozco's first gymnastics-related injury. He had previously suffered the same injury to the same knee in 2012, making his latest injury particularly devastating. In 2010, Orozco tore an Achilles, but recovered in time to make the 2012 Olympic team. In 2015, he re-tore the same Achilles, but again recovered. He also suffered a torn left ACL and meniscus damage in 2012, which he bounced back from.

After suffering his most recent injury, the athlete took to Instagram to express his disappointment. "I'm beyond devastated to say that my road to Rio has come to an abrupt end," he wrote. "It's clear to me now that my dreams of Olympic gold were never meant to be, but maybe I have a different purpose that has yet to reveal itself?"

The athlete also posted a video of himself competing in the Rio arena from a few months ago.

Orozco, who began gymnastics at the age of eight, was hoping to honor his mother, Damaris, at this year's games. Damaris, who died in February of this year, used to drive Orozco from their home in the Bronx to his gym, World Cup Gymnastics in Chappaqua, New York — the commute was 60 miles round-trip.

Team alternate Danell Leyva will take Orozco's place in Rio. Leyva has won five world championship medals — three individual and two team — and was the only U.S. male gymnast to win a medal at the 2012 London Summer Olympics.

Like Orozco, Leyva took to social media to discuss the changes being made to the U.S. men's team.

"I am, of course, incredibly honored to be chosen for the team, but I am equally devastated for John," Leyva said in an Instagram video. "Having seen how much he's fought and battled for his spot makes these circumstances even harder."

Although Orozco won't be present at this year's games, he's been rooting for Team USA's victory while attending physical therapy. Hopefully he'll make a speedy recovery — and compete in the 2020 Tokyo Olympics.