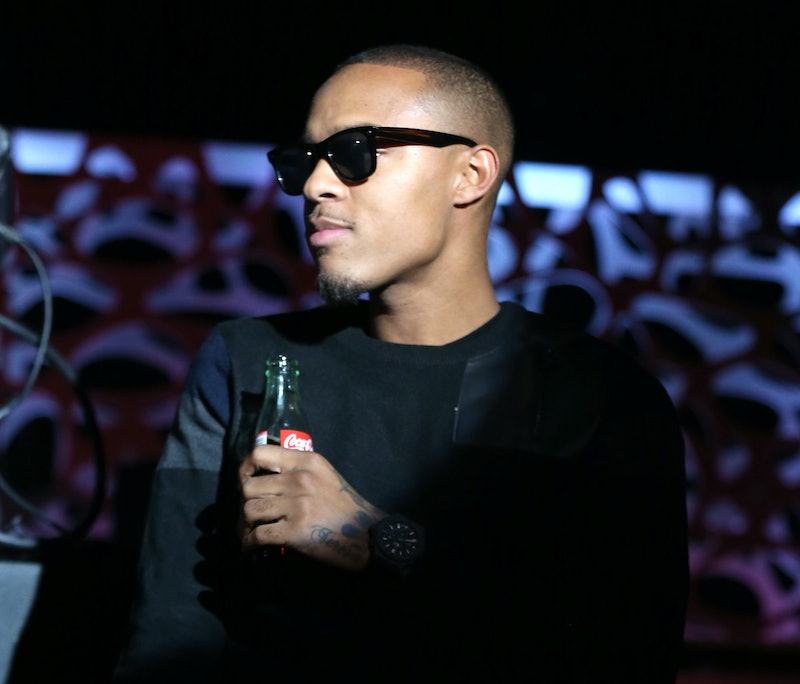 It seems like just the other day we were trying to get used to the former child-rapper dropping the "Lil" from his name, and now Bow Wow is retiring from rap altogether. Our little guy's all grown up. (Sorry, our guy. I always wanna throw that "lil" back in there.) Bow Wow, who's also gone by his birth name Shad Moss since 2014, announced via social media on Aug. 7 that his upcoming album — NYLTH , which will be produced by Snoop Dogg — will be his last. So what will he be doing instead? Well, it's looking like acting will be the next step.

But before you get bummed out, bear in mind that, even though Bow Wow won't even be 30 until next year, his retirement isn't actually as premature as you might think. After all, he's been in the rap game since 2000, when he released Beware of Dog at just 13 years old. That was followed by Doggy Bag in 2001, and Unleashed in 2003, so Bow Wow has been working in the industry for over a decade and a half — longer than he's been out of it. Even though it might feel like a blindside for the rapper to be pulling the plug on the career he's been pursuing his entire life, it makes sense to me that he would want to move on to something different.

Bow Wow has been dabbling television since 1995, when he had a cameo on Moesha, and in more recent years, he's racked up quite a list of credits. Moss got his first starring role in 2002's Like Mike, took a spin in the The Fast and the Furious: Tokyo Drift in 2006, had a five-episode arc on Entourage from 2008 to 2009, joined Madea's Big Happy Family in 2011, and starred as Brody Nelson on CSI: Cyber for all 31 episodes, until its cancellation in 2016. I haven't seen a ton of range from him yet as an actor, but he does manage to play himself in a grounded, intelligent way. He's got the framework there.

Even on Cyber, where he was flanked by Oscar-winner Patricia Arquette and TV veteran James Van Der Beek, Bow Wow held his own; he's completely unruffled, even acting alongside such experienced performers.

At the end of the day, he's got some pretty extensive experience under his belt, going back 20 years, and he's hoping you'll take him a little more seriously as he changes his focus. It sounds like Bow Wow is excited to open the next chapter in his life, and if his success as a rapper is any indication — he claims to have made over $20 million off his music — then I can't wait to see what's in store for him.