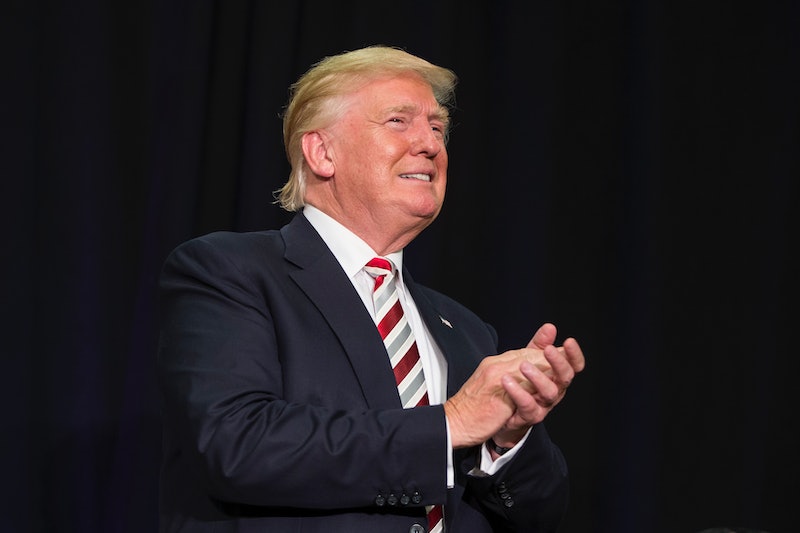 The 2016 general election got its latest infusion of drama Monday morning, as reports began circulating that House Chief Policy Director Evan McMullin would enter the presidential race, running for the highest office in the land as an independent conservative. While McMullin has yet to confirm the reports, which picked up steam after MSNBC's Joe Scarborough tweeted that "multiple sources" said McMullin would launch an independent bid, the group backing him, Better for America, confirmed his candidacy to ABC News. Presuming that his joining the race will largely serve to siphon votes away from the official Republican candidate, Donald Trump, we had to ask: What are McMullin’s views on Trump?

Clearly, McMullin throwing his hat in the ring tells us a bit about his outlook on a Trump presidency. Namely, McMullin doesn’t believe Trump’s an acceptable alternative to the Democrats and Hillary Clinton. Although he hasn't officially declared his candidacy, MucMillin has a website devoted to his presidential campaign. It states (quite tellingly for August), "it’s never too late to do the right thing.” McMullin’s website so far only has a signup form for joining his campaign, with no information yet on his stances on specific issues.

Looking at his Tweets, he goes after Trump specifically, calling him out on several issues.

The group backing McMullin, Better for America, is a nonprofit seeking to get a third-party candidate on the ballot nationwide. If he ends up running, McMullin will represent the portion of the GOP with the strongest anti-Trump sentiment. The #NeverTrump movement, which attempted (and failed) to derail Trump’s nomination at the Republican National Convention in Cleveland, may see in McMullin the chance to deny Trump victory by providing a right-wing alternative to the billionaire real estate mogul.