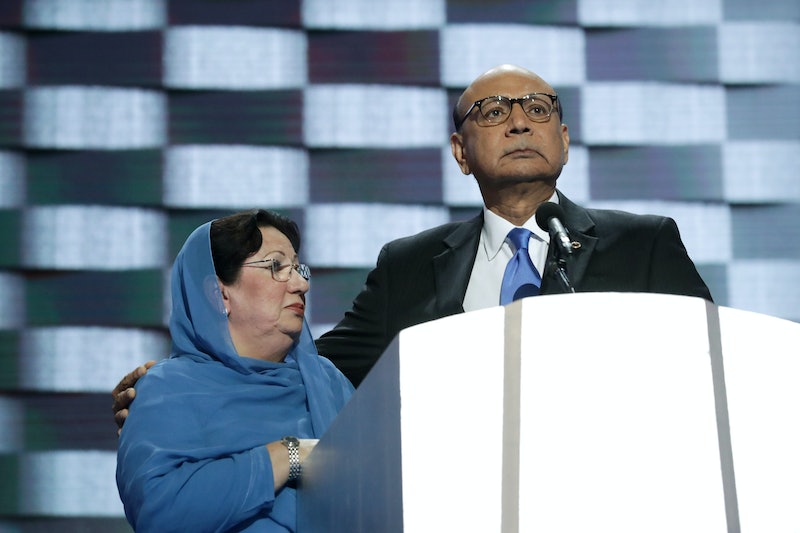 Former House Policy Director and CIA operative Evan McMullins rocked the boat Monday morning, when reports began circulating that he was running for president as an independent, conservative alternative to Donald Trump and Hillary Clinton. Up until pretty much four hours ago, before MSNBC's Joe Scarborough began tweeting about McMullins' candidacy, the Wharton School grad was all but unknown. McMullins has largely been out of the public eye, and many of his views on important issues in the 2016 race are still unknown. Key among those: What is McMullins’ view on immigration?

Though his campaign’s website doesn’t yet state his position on the topic, McMullin has come out strongly in defense of the family of Captain Humayun Khan, a Muslim officer in the United States Army who was killed in 2004. Khan’s father, Khizr, spoke forcefully against Trump and his anti-Muslim comments at the Democratic National Convention in Philadelphia in July. The Khans came to the United States from Pakistan via the United Arab Emirates. On his Facebook page, McMullin wrote, “As someone who served our nation in war, I find Donald Trump's religious attacks on Ghazala Khan, the mother of a fallen U.S. soldier, profoundly despicable.” He went on to add, “Her son gave everything for our country and she, like thousands of other American mothers, has also made a painful lifelong sacrifice. No one who fails to understand this is fit to be our commander-in-chief.”

However, McMullin doesn’t address the issue of immigration directly on social media, and it's possible that his support of immigrants like the Khans is trumped by standard politically conservative pro-military sentiment. We’ll have to wait and see where he falls on this issue; given the strange and turbulent political times we find ourselves in, it could be anywhere.