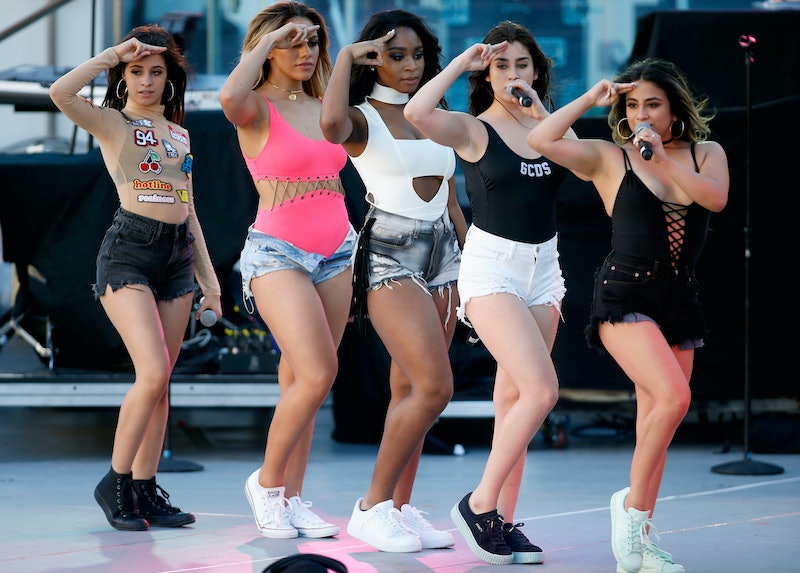 The latest Fifth Harmony news is huge: Normani Kordei quit Twitter after receiving racist tweets from fans. The racist remarks against Kordei were so intense that every one of her fellow band members has spoken out about them, denouncing the hate and defending the singer. 5H, who is currently on their 7/27 tour (but recently canceled their last four shows and have not addressed why), publicly stood with Kordei after she tweeted about the racist abuse (which seemingly occurred after she tweeted a Camila Cabello fan, "I'm not asking you to like me babe. Stop forcing something that is not genuine. I damn sure ain't desperate for that sh*t").

"I would like to address an issue that has been completely blown out of proportion. It is a shame that after four years together as a group I have to address foolishness manufactured by those that have absolutely no idea what goes on," Kordei wrote in a lengthy message on Friday. "... Over the course of this last week but especially these past 48 hours I've not just been cyber bullied, I've been racially cyber bullied with tweets and pictures so horrific and racially charged that I can't subject myself any longer to the hate."

Cabello was one of the first 5H band members to come out in support of Kordei, seemingly confirming that the catalyst behind the abuse was fans attempting to support her (Cabello) in an extremely twisted and effed up way:

Two days later, the rest of Fifth Harmony — Lauren Jauregui, Ally Brooke Hernandez, and Dinah Jane Hansen — chimed in on Twitter, expressing their absolute disgust at the racism Kordei has endured and encouraging fans to love and not hate:

Whatever is going on behind-the-scenes in Fifth Harmony — and between the inexplicably canceled shows and the rumored tension between Cabello and Kordei, it seems like there's a lot — it is positive to see the band present a united front and support their bandmate and publicly speak out against such despicable hatred. It's clear that 5H is not here for any kind of hate, but especially the kind that is rooted in nothing but ignorance and is all too often the cause of such tragic and unnecessary deaths in this country.

And by taking a stand and letting "fans" know that this type of bullying is not just unacceptable but will not be tolerated by Kordei or any of the rest of 5H, hopefully that message will get through to the bullies and will help them to change their ways. Clearly, being a public figure can make you a lightning rod to hate — as Kordei explained in her tweets — but by having such a public platform, it can also give you the power to change people's opinions for the better. Let's sure hope so, anyway.