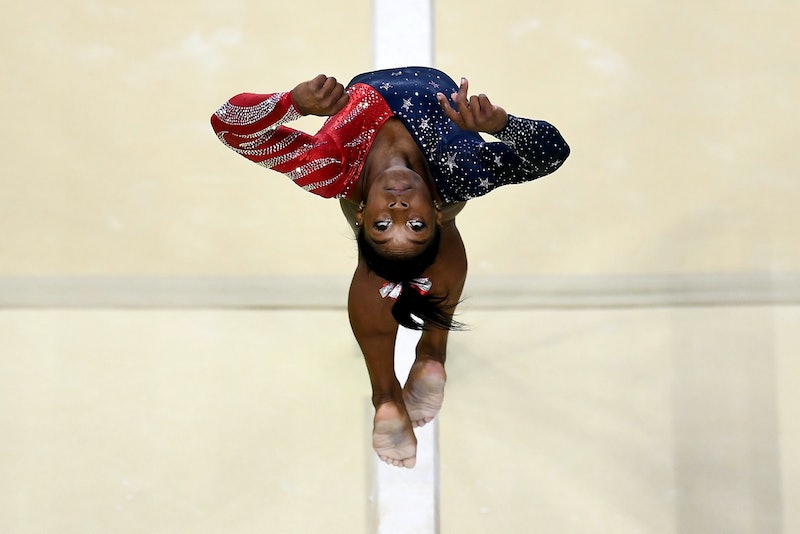 Continuing its legacy as a dominant force in the gymnastics world, Team USA had an enormous 10-point lead at the end of the qualifying round in Rio on Sunday night. The team not only finished nearly 10 full points over second place China, but placed the top score in each division, setting the stage for a blowout in the team and individual all-around competitions, which will take place on Tuesday and Thursday respectively.

A big chunk of this significant lead is solely thanks to Simone Biles, who whipped even her own teammates in the qualifying round on Sunday night. Biles placed number one among the field of 98 gymnasts with 62.366 points to end the qualifiers. None of the other non-U.S. gymnasts even broke 59 points, and Biles finished with a nearly two-point gap between herself and her teammate, Aly Raisman. Sadly, returning all-around champ Gabby Douglas was edged out by fellow 2012 Olympics team member Raisman. Although she and Douglas scored the second and third top scores, respectively, Olympic rules mandate that only two members of each national team can compete in the individual all-around finals.

Olympic rookie Madison Kocian had a remarkable night as well, scoring the top spot on the uneven bars. Bars are the only apparatus on which Biles didn't finish first, and Kocian was specifically selected for the Olympic team for her expertise on that event. Kocian is the reigning world co-champion on bars (an unprecedented four-way tie gave Kocian the gold medal in Glasgow last year), but many still speculated that Douglas, who finished in third, could edge her out. The event finals take place on Sunday, August 14, and Kocian will have the opportunity to defend her chance at the gold medal against Russian gold medalist and reigning Olympic bars champion Aliya Mustafina.

If the places from qualifiers stand, Team USA will pick up a record 10 medals by the end of the competition in Rio — a gold for the team all-around, gold and silver for Biles and Raisman in the individual all-around, gold for Biles in vault, floor, and beam, gold and bronze for Kocian and Douglas respectively on bars, and silver for Hernandez and Raisman on beam and floor, respectively.

The lead out of the qualifying round all but guarantees a win for the United States at Tuesday's team all-around final. Although the scores from Sunday get reset, the command of the scoreboard is likely to stick with other teams as they head into the finals. It is said that 90 percent of gymnastics is mental, and the thought of going up against one of the strongest Olympic teams ever won't be one that many competitors are likely to relish. China, Russia, Great Britain, Brazil, Germany, Japan, and the Netherlands will face off for the silver, since the gold is all but locked up for Team USA.