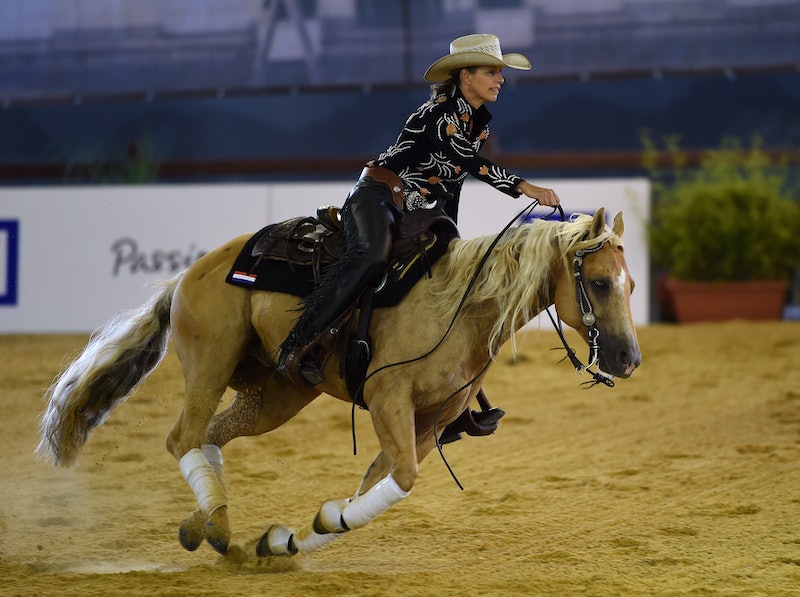 With most Olympic sports, it's difficult to say whether men or women perform better, since they don't directly compete against one another. Comparing scores for various contests isn't always helpful, since scoring systems may be different for men's and women's events. For example, male gymnasts are judged in six categories, compared to women's four. For timed events, one could compare final times, in which case men have a slight edge. But there's one sport in which men and women compete directly against one another: equestrian. And women have outperformed men in this Olympic sport, or at least one category within it, for quite some time.

The equestrian sport is broken into three categories: dressage, jumping, and eventing. In the dressage event, riders skillfully signal their horses' movements in a manner that is barely detectable to viewers. The jumping category is pretty self-explanatory. The eventing phase includes both dressage and jumping, as well as a "cross-country" element that showcases horses' speed and endurance. There are team and individual events for each category, and women have clinched the gold medal in almost every individual dressage event since 1972.

That year, Liselott Linsenhoff of then-West Germany was the first woman to win a gold medal in equestrian. 1984 was the only year since that a man has taken gold in individual dressage, when Reiner Klimke, also of West Germany, took the top spot. Nicole Uphoff of Germany won two consecutive Olympic years (1988 and 1992), and Netherlands' Anky van Grunsven was the champion in three consecutive Olympic Games (2000-2008). Christine Stückelberger of Switzerland (1976), Elisabeth Theurer of Austria (1980), Germany's Isabell Werth (1996), and Charlotte Dujardin of Great Britain (2012) have also won gold medals in the category.

In 2012, women's Olympics teams won more gold medals than men's teams — 29 compared to 17. Though this doesn't tell us how the men's and women's teams would perform against one another, it is worth noting that women are bringing in the most wins. Women comprise a greater portion of the athletes at the Olympics in 2016 than any other year, at 45 percent.

The individual dressage event will take place on Wednesday, Aug. 10, and we'll see if that woman-winning streak continues. The gold medal winner from 2012, Charlotte Dujardin, is competing again, and is a natural favorite for the event. Tune into the "horse dance" to see the one sport in which women have consistently, and directly, outperformed men in the Olympics.