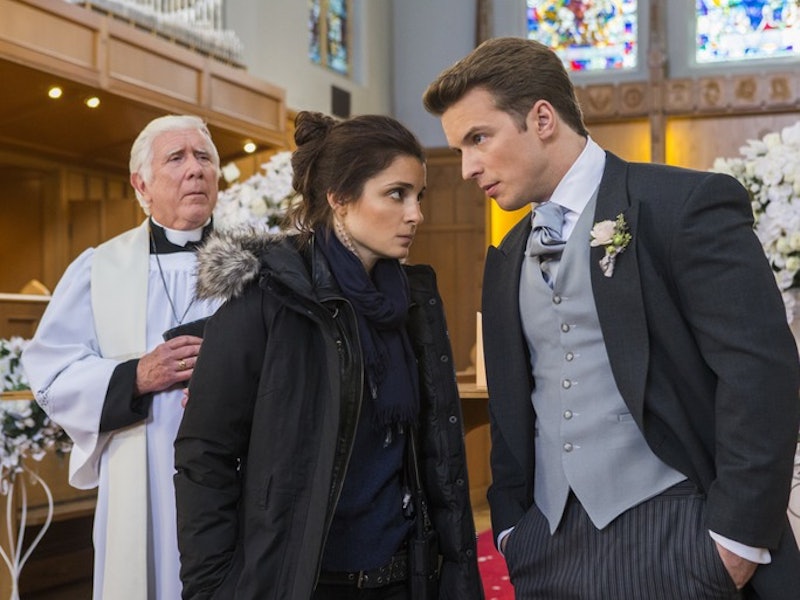 The second season of UnReal is ending Monday night, and knowing this show, it's going to leave us wanting more. For a show that features a fictional dating show called called Everlasting, happy endings are few and far between. Luckily, Lifetime has renewed UnREAL for Season 3, so what should the crew get up to next? There's no official date, I would assume next June like Season 1 and Season 2, but at least it's definitely happening.

The renewal actually came before the Season 2 premiere, which is awesome. This season brought on a new producer, introduced an arc inspired by the Black Lives Matter movement, and pushed the boundaries yet again with how we view reality television, media in general, and feminism. UnReal was never just about a TV show, but the world is getting much larger. At some point, you would think that these characters would have to answer for everything they've done.

In an interview with Entertainment Weekly, Shiri Appleby said that UnREAL Season 3 might be hard to imagine after Monday's episode, even though it's happening. "I feel like," she said, "[the finale] puts the show in a place of, 'where are we going to go from here?' There are so many ways of handling things moving into the third season, but I think it’s creating a real opportunity for the writers to move the story in an interesting direction. That’s what I’m excited about, seeing where this is going to continue after this." The fact that the Season 2 finale will definitely alter and dictate the course of the show going forward aside, here are some other avenues I think they may want to consider.

Weirdly, Season 3 needs to do more with the power duo than Season 2 ended up doing.

Either they could do Everlasting in Bachelorette style, or mix up the genders entirely. How much do you wanna bet that Rachel would kill to produce an LGBT dating show? With likely disastrous results, of course.

In our world, reality television (I'm thinking Bachelor in Paradise and Coupled as recent examples) has figured out that an intoxicating, foreign environment adds layers to shows like the fictional Everlasting. They definitely need to go on a working vacation in Season 3. Can you imagine Quinn in a country that doesn't speak English? Hilarious.

I get it. I get the point of the character. I'm still over him.

Please? I'm weak. Not as a ploy to manipulate Rachel. For real. If there even is a "real" on UnREAL, you know? When the show returns to Lifetime for Season 3, whenever that ends up being, we know to expect the unexpected. I can't wait to see how the Season 2 finale shakes things up yet again!

More like this
Yes, That Is Victoria & Another ‘BiP’ Alum In Zach’s ‘Bachelor’ Trailer
By Kadin Burnett and Grace Wehniainen
Everything To Know About 'RHONY' Season 14
By Jake Viswanath and Alyssa Lapid
Netflix Bumped Up The 'You' Season 4 Premiere Date — Here's What To Expect
By Bustle Editors
'Reasonable Doubt' Season 2 Could Pull Inspiration From This Celebrity Lawyer
By Grace Wehniainen
Get Even More From Bustle — Sign Up For The Newsletter