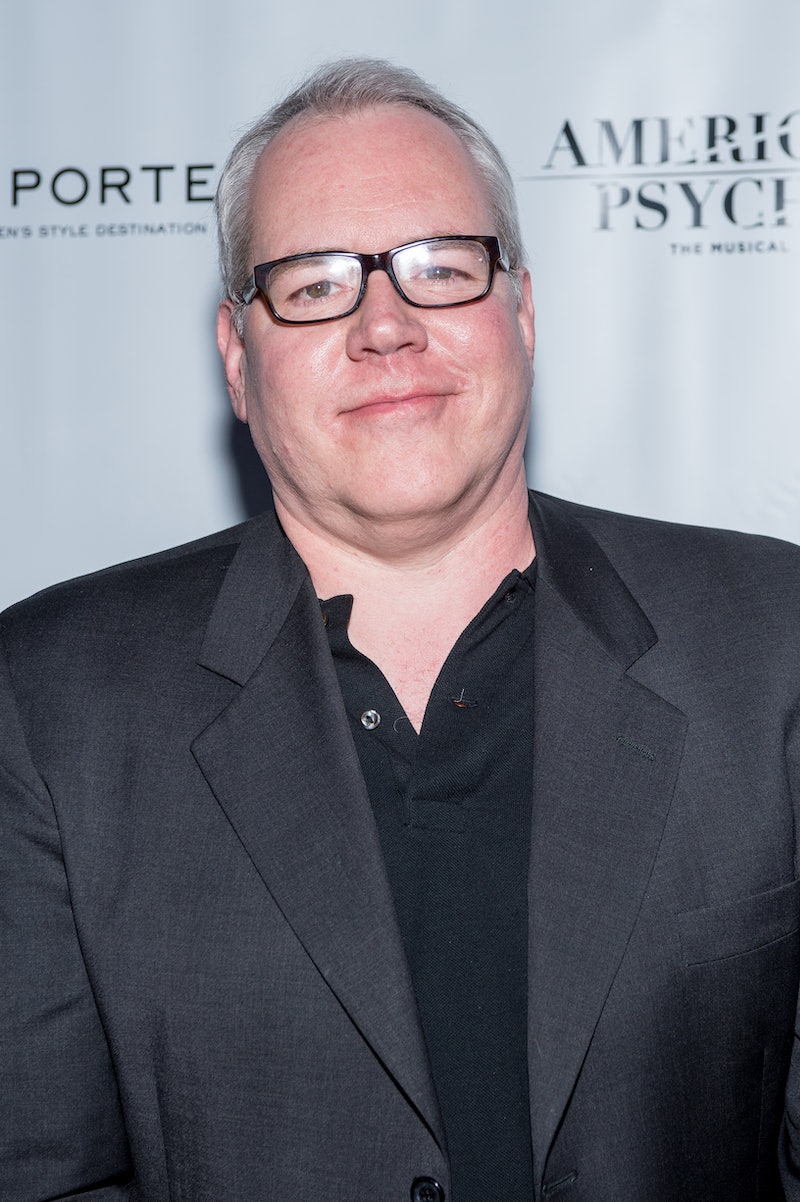 So what prompted this? Ellis was responding in part to feminist criticism of an L.A. Weekly article written by Art Tavana about pop singer Sky Ferreira and her debut album. The article focused heavily on Ferreira's looks, aesthetic, and sex appeal — focused so much on it, in fact, that Tavana never actually got around to discussing her music, other than several mentions of the fact that she apparently really can sing. Naturally, people were less than pleased. Reducing female musicians to appearance and fashion choices is not only played out and boring, but it is, and always has been, sexist.

In fact, this particular piece was such an egregious example of this stale trend that not only did numerous outlets criticize it, but L.A. Weekly even apologized for it. Music editor Andy Hermann, in a post responding to the critics, wrote, "They're all right. Tavana's piece did cross the line. It was offensive, and on behalf of him and L.A. Weekly, I apologize for it."

But where L.A. Weekly was able to see their own mistake, Bret Easton Ellis apparently sees nothing but empty complaints, and the American Psycho author took up Tavana's "cause" in a podcast in July.

In his analysis of the controversy, Ellis does make some interesting (albeit not the most relevant) remarks about the ways that beauty can seem both desirable yet threatening, but then goes on to inform us all, "Yes, little snowflakes, boys will be boys."

Ah yes, "Boys will be boys." This saying is among the most aggravating phrases in the English language. It is incredibly insulting to men, implying that things men do to hurt, insult, threaten, degrade, or otherwise harm women are things men just can't help but doing. It implies that men aren't fully rational and/or capable humans, but it also gives men carte blanche to continue harming women.

The "snowflake" bit, on the other hand, is just obnoxious. Not that this stops Ellis from using it a few dozen more times.

"So what if he's honest about objectifying her?" Ellis asks, apparently confusing a music column for a designated space for men to publicly speculate on women's sex appeal.

And perhaps most obnoxious of all, Ellis says:

When I hear self-proclaimed feminists complaining about the male gaze yet again and hoping that it will — what, go away? be rerouted, contained? — I’m thinking, "Are these women so deluded that they are bordering on insanity, or have they just not gotten laid in the last four years?"

Yes, Bret Easton Ellis, you have found us out. Women who don't like to be objectified are either suffering from mental illness or from lack of sex. The two are remarkably similar conditions, actually, since as one knows women's whole purpose is to have sex, with men, and if we don't, we therefore begin to malfunction. Having sex usually fixes all of our problems, and stops us from having any thoughts men disagree with. Like magic.

It really confuses me whenever authors begin acting as though criticism is an assault on free speech, as Ellis clearly does in this podcast, calling the reaction to Tavana's piece a "hissy fit" and dismissing the voices of criticism as "social justice warriors." For one thing, implying that people shouldn't respond or criticize ideas is actually the antithesis of free speech. Indeed, the advantage to free speech is the way it fosters debate and an exchange of ideas.

For another, saying that people need to lighten up always strikes me as rather insulting to the power of words. Ellis seems to think here that Tavana's critics are taking him and the many others who objectify female musicians too seriously — but shouldn't a novelist recognize the power words have to shape attitudes and ideas more than anyone?

It's a confusing state of affairs when authors seem to be arguing against both engaging with ideas and the importance of the written word.

In the mean time, you can still obviously enjoy Ellis's work — I'm pretty sure that separating art from creator is probably the only way to live in the internet age anyway — but I think we can all agree his cultural criticism doesn't deserve to be taken seriously.