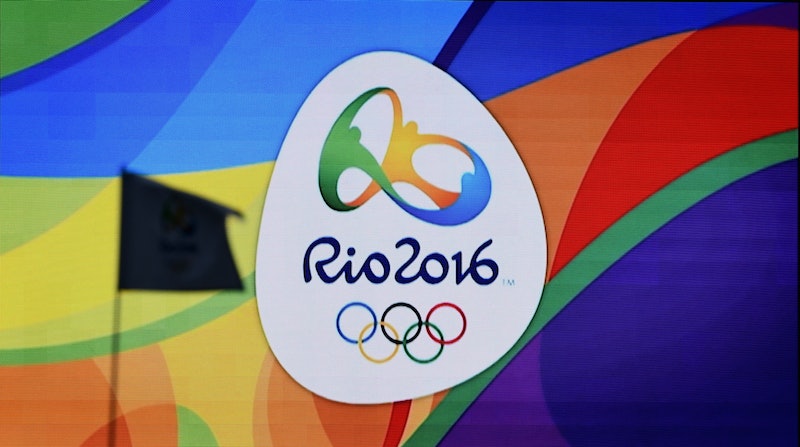 This year's Olympics have already made some significant steps toward progress, specifically when it comes to gender. For starters, there are more women competing this year than in any previous Olympic Games. Team USA also has more female athletes representing the country than men. And while these are both amazing steps toward representation in professional sports, I'm wondering: Can transgender athletes participate in the Olympics? They can, and the new rules are important.

Earlier this year, medical officials with the International Olympic Committee "changed the policy to adapt to current scientific, social and legal attitudes on transgender issues," meaning that transgender athletes should be able to compete, regardless of whether or not they have undergone sex reassignment surgery, according to The Guardian.

The Games made history during the opening ceremony last Friday, when Brazilian transgender supermodel Leandra Medeiros Cerezo carried the Brazilian flag in the Parade of Nations. According to The Huffington Post, Cerezo — who is known as Lea T on the catwalk — is the first trans woman to participate in an Olympic ceremony. "We are all human beings and we are part of society. My role at the ceremony will help send this message," she told BBC ahead of the event.

And she's definitely right about that. Which is why the IOC's new rules on the inclusion of transgender athletes regardless of sex reassignment are important. So let's take a look at the guidelines.

This year's guidelines on the inclusion of trans athletes suggest that individuals transitioning from female to male can compete in male categories without restriction. However, individuals transitioning from male to female can only compete in the female category if they have declared their gender as female, and are unable to change their designation for at least four years. The athlete will have to undergo testosterone testing at least one year in advance of their first competitive event. Testosterone levels must remain below that cutoff over the entire course of their "desired eligibility," and the athlete's compliance is subject to being monitored by testing, according to the IOC.

It has become much more of a social issue than in the past. We had to review and look into this from a new angle. We needed to adapt to the modern legislation around the world. We felt we cannot impose a surgery if that is no longer a legal requirement.

Those cases are very few, but we had to answer the question. It is an adaptation to a human rights issue. This is an important matter. It’s a trend of being more flexible and more liberal.

This year, Great Britain will have two transgender women joining their team. While the individuals have allegedly chosen to remain unnamed for safety concerns when it comes to being in the international spotlight, they are reportedly the first openly transgender Olympians competing in Rio's Games.

These new guidelines are a valuable step toward gender inclusiveness, especially in a sporting competition that relies heavily on the gender binary.