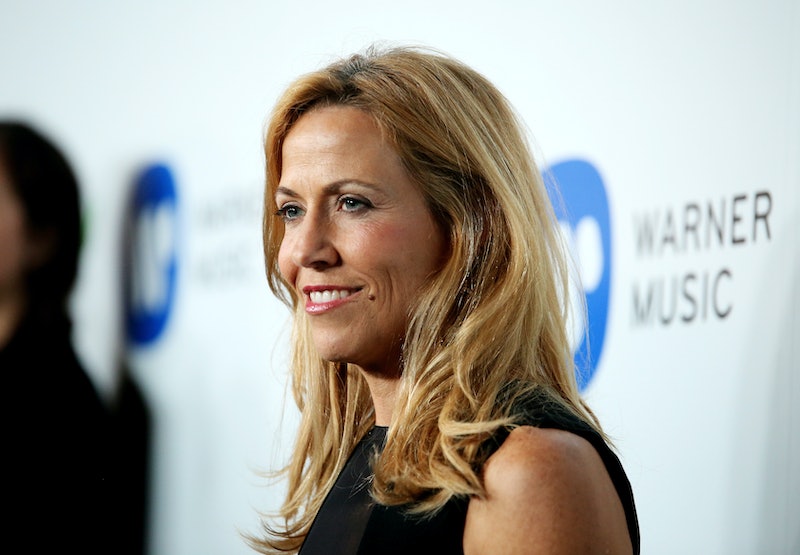 She toured the world as a rock star, adopted two kids, and fought — and beat — breast cancer. And at the #Blogher16 exposition, Sheryl Crow makes a promise to herself: "I'm not going to get sick again," she says, sternly. "I'm not a superstitious person. I wouldn't have said I was going to be a good candidate for cancer to begin with. I do believe that a healthier life comes from a life that is less stressful, and there's a lot of stress in our lives in general."

The 54-year-old songstress is celebrating nearly 11 years cancer-free, and since the terrible diagnosis is more than a decade behind her, she's happy to reflect on that period in her life. "My diagnosis was a real game changer. At that point I was 44 and I was the picture of great health. I've had a lot of people say, 'these things help to redefine your life,' but for me I was really refined my life," she says, explaining what things she extracted from her then busy, stressful existence.

"I began to really hack away the things that weren't important, and the things that were energy sucking. I learned how to say no," she says. "I learned how women come in with this idea that we bare our children, we nurse them, we nurture them, and yet we [as women] are the last ones we nurture. We are the last ones we take care of. My big lesson was to quit taking care of everyone. I was at the bottom of my totem pole, and it caught up to me."

When cancer was found, Crow was worried she wouldn't be able to do certain things she always wanted, like have children. So, "I redirected the story I was telling myself. That story that is: When you're raised by two parents in a loving home, that's what life is gonna look like. When I finished breast cancer treatment, when I was about a year out, I decided: what's missing? And maybe there's another way there. So I started the adoption process. You can't just write your story and live by it if there are things that you want that are outside of that story. It can be so confining. I have two great boys. It's been an amazing journey."

While Crow is all smiles now, she adopts a serious tone when warning about the importance of early detection. She says her cancer was found, "all because of a mammography. I had a little calcification that showed up, and they said come back in six months. Now we have the 3D genius machine which will detect things 15 months earlier. When you consider the fact that when your cancer shows up you've probably had it five years... this is cutting off 25 percent of that time already, which means the treatment you'll have is so much less taxing."

Crow advocates getting your first mammography at age 40, and staying diligent with check-ups. Clearly so much more than a survivor of breast cancer, it's inspiring to see Crow use her platform to educate other women about the necessary steps to lead a healthy, cancer-free life.