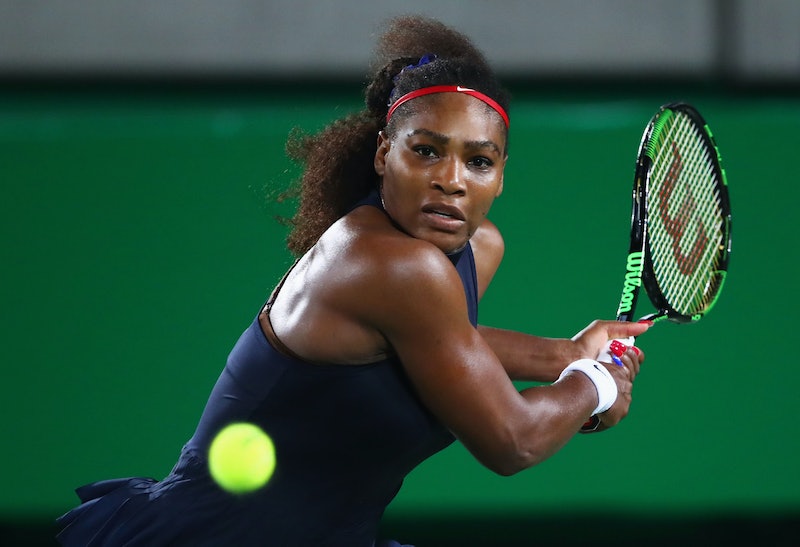 Serena Williams has had a rough go of it at the 2016 Olympics games in Rio. On Sunday, she and Venus were defeated in a doubles match, which was the first time the sisters ever lost an Olympics match as partners. The next day, Williams smashed her tennis racket in frustration after losing two games in a row during a match against France’s Alize Cornet. But Williams ultimately succeeded, beating Cornet in two sets. Maybe her smashing the racket did just the trick. Every athlete has his or her own strategy — and some of them are quirkier than others.

It’s not the first time Williams has destroyed a racket in anger during a high-profile match. At Wimbledon, she slammed her racket repeatedly against the ground after losing a set to Christina McHale, and tossed it so far that it landed in the lap of a nearby cameraman. However, she didn’t lose any more sets at Wimbledon from that point on.

Williams got off to a rocky start during her match against Cornet on Monday, winning the first three games but dropping five of the next six. After losing two games in a row during this stretch, she smashed her racket against the back of her chair, damaging it irreparably.

And yet, just as she did in Wimbledon, Williams improved her game after destroying her tennis racket, defeating Cornet and moving into the third round. If she wins the singles this year, she’ll become the first Olympian to win two gold singles medals. Perhaps for Williams, smashing a racket is in fact a helpful way of venting anger and improving her game in tense matches.

Williams’ victory against Cornet is a much-needed morale boost for the American team, and it couldn’t have come at a better time. Her loss with Venus on Sunday was nothing short of shocking, and three American players on the men’s side — Brian Baker, Denis Kudla, and Jack Sock, who happened to have pneumonia — were all knocked out in the opening round of singles. Unfortunately for the USA team, so was Venus in her own singles match on Saturday.

The Williams sisters had surely hoped things would turn out better for them in Rio. A gold medal is now out of reach for Venus, as she’s lost in both singles and doubles. But Serena, having defeated Cornet by the skin of her teeth, still has a shot at winning a singles gold — and making Olympic history in the process.