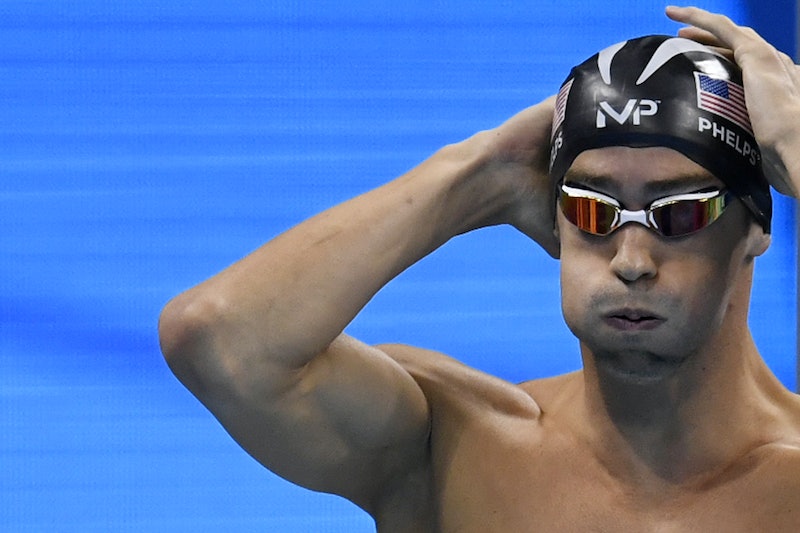 Olympian Michael Phelps has given new meaning to the term "game face," making it quite clear to any and all rivals that they won't be messing with his medal count. Phelps blessed viewers with his pre-race face before kicking off the 200-meter butterfly semifinal on Monday, with NBC's live cameras catching the swimmer's intense stare-down of South African rival Chad le Clos minutes before the event began. The South African swimmer, who delivered Phelps' first international defeat in 10 years during the 2012 London Olympics, was dancing just a few feet in front of Phelps, potentially mocking the Olympian's characteristics and seemingly unbreakable concentration.

And thus we were given Phelps' particularly intense game face. It didn't take long for the internet to pick up on it, inspiring a new cluster of memes that will surely go down alongside the likes of the Michael Jordan crying meme and fellow Olympian McKayla Maroney's unimpressed face.

So in addition to being one of the best swimmers of all time, perhaps we can now also credit Phelps with giving us the best meme-worthy Olympics moment of all time. There has got to be a gold medal for that somewhere, right?

Truly, even if Phelps doesn't win a single medal during his time at Rio, at least he's given us #PhelpsFace.