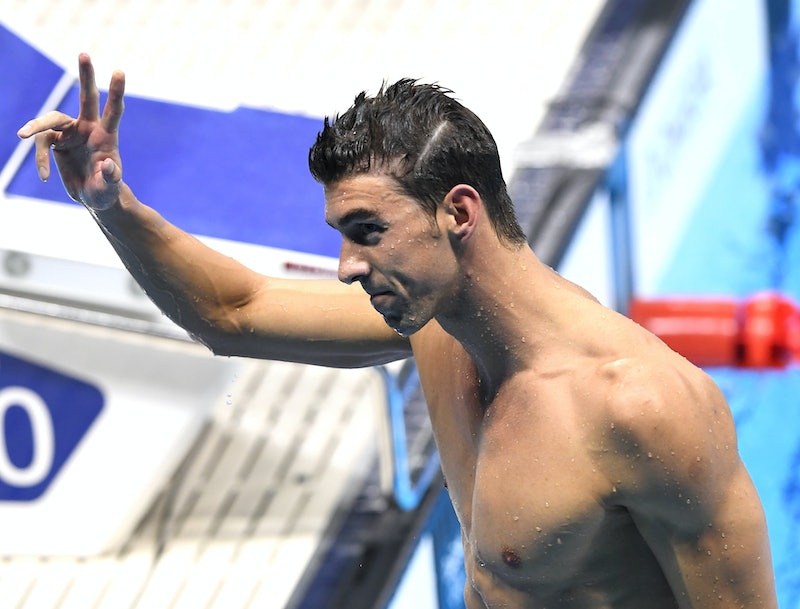 From the idealistic perspective, the Olympic Games are all about national pride and global unity, the confluence of cultures and countries in the noble pursuit of athletic achievement. But realistically, it's all about the Benjamins. There's a significant economy circulating around the Olympics, but for the athletes who make it all possible, that money doesn't always trickle down from the top. Because of this, there can be a significant wealth gap between the Olympic athletes.

NBC paid $4.38 billion for the rights to air the games through 2020, the Brazilian government paid about $4.6 billion to produce the games, and even Team USA's gymnastics leotards cost $1,200 each. In contrast, fans were shocked to learn that gold medalists Ryan Lochte's and Gabby Douglas' parents were broke, according to a 2012 Daily Beast article. The Lochtes had reportedly stopped paying their mortgage about a year and a half before the London Games, and Douglas's mom Ariel Hawkins filed for bankruptcy with $80,000 in debt just a few months before the games began. The families' finances lagged under the staggering weight of Lochte's and Douglas' training requirements, which can add up to well over $20,000 a year when travel, medical expenses, and gym memberships are factored in, according to Forbes.

Unlike other countries, the United States doesn't give athletes significant financial support. In Canada, athletes get stipends over about CA$1500, and can earn even more if they've won medals before. The system in China, in which athletes leave home at a young age to live at training facilities, may never catch on in the United States, but at least it relieves families from the intense financial burden of supporting an elite athlete. On top of the low salaries, athletes still have to pay to fly their coaches and support staff to their competitions, according to Today, which eats up winnings pretty quickly.

For the big names like Lochte and Douglas who picked up gold medals (which come with a $25,000 cash prize for U.S. athletes) and million-dollar endorsement deals, the Olympics made everything worth it. But for those who compete in less popular sports, the cost can still be prohibitive. First-time Olympian and decathlete Jeremy Taiwo was living below the poverty line in Seattle while training full time for the Olympics. Taiwo told Today that he had to find time to work a part-time job at Dick's Sporting Goods to cover his living expenses. Similarly, javelin thrower Cyrus Hostetler told The Washington Post he was living on food stamps and unemployment benefits before heading to Rio.

Athletes and documentation agree that members of the organizers in charge make most of the money that goes into the Olympic complex. The Washington Post found that while USA swimmers can make a maximum of $42,000 per year from the team stipend; USA Swimming Executive Director Chuck Wielgus makes $854,000, and National Swim Team Director Frank Busch makes $346,000. International Olympic Committee President Thomas Bach gets paid $251,000 per year and lives in a five-star hotel and spa in Switzerland for free, The Washington Post also reported.

The disparity between those at the bottom and those at the top probably won't change anytime soon. The athletes like Phelps who do well through endorsement deals don't tend to speak out against the system, and the organizers of the international sports federations and the national Olympic committees who receive money from the IOC and set the athletes' paychecks aren't likely to allocate more money away from themselves. And unlike typical labor economics, there's a much more powerful incentive that keeps athletes coming back — the love of country, and the love of the game.

More like this
What Is Jeanie Buss' Net Worth? The Lakers President Is Uber Rich
By Hugh McIntyre
Chelsea Woody On Shattering Stereotypes In Surfing
By Leah Groth
Jake Daniels Just Became The UK’s First Active Football Player To Come Out As Gay Since 1990
By Sam Ramsden
The 10 Best Waterproof Watches For Swimming
By Lauren Moison
Get Even More From Bustle — Sign Up For The Newsletter