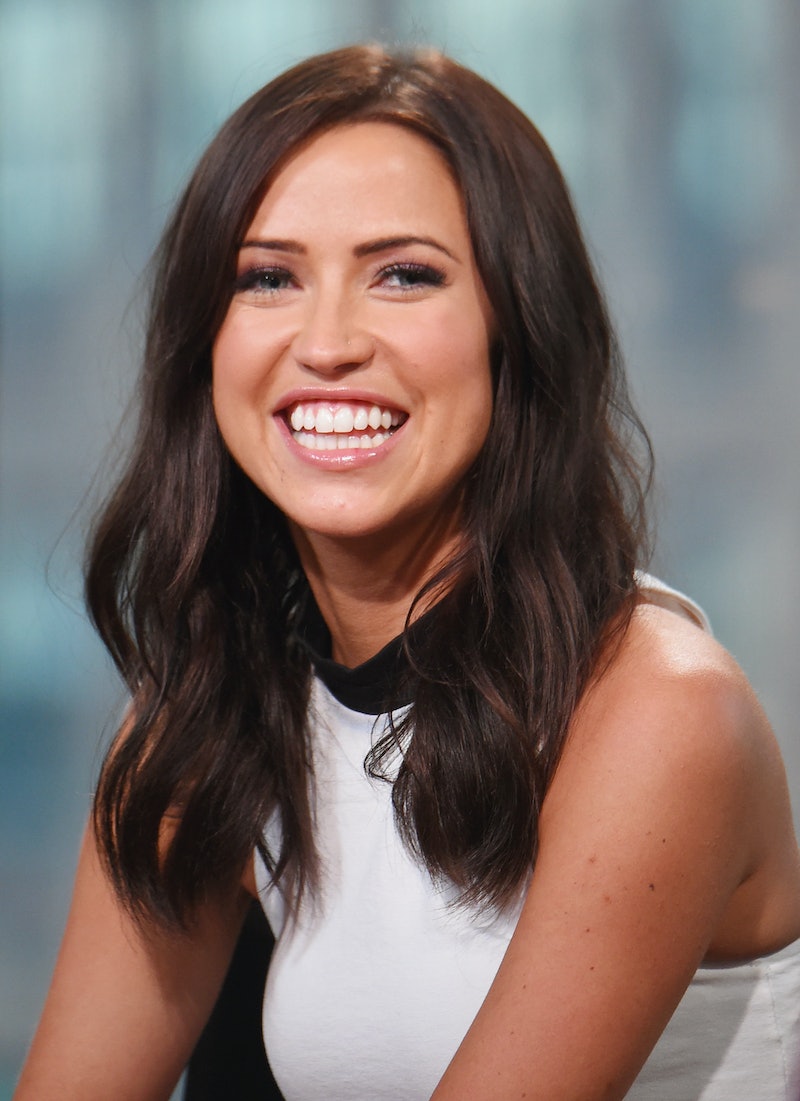 Bachelor Nation is a wide world of men and women who are good looking and willing to put it all out there on reality television. There have been an innumerable amount people to come in and out of that world, some of whom keep going back to find love — see: Bachelor In Paradise — but the most interesting part about this universe is away from the cameras and outside of the show all together. The friendships and relationships made on this show continue when the cameras are off, and the bromances and sisterhoods are just as fun to watch as the actual romance that comes at the end. It definitely makes fans wonder though: Who are the real friends who actually stay in touch? With JoJo Fletcher's season of The Bachelorette just ending, and Kaitlyn Bristowe's season ending just one year ago, it definitely makes me wonder if JoJo and Kaitlyn are friends.

Are the two Bachelorettes close because of their role within the world of The Bachelor franchise? They did, after all, both marry their First Impression rose winners — Kaitlyn chose Shawn Booth and JoJo chose Jordan Rodgers. They have a lot more in common than they might even know, so these two leading ladies being besties wouldn't be a complete shock. But is there proof of their relationship? You bet.

Kaitlyn's blog is essentially a post-Bachelorette diary, that tells her and Booth's story as it continues on in the real world. So on the night of JoJo's "Men Tell All," Kaitlyn added a blog post about her experience after the craziness of her season, and hilariously added a picture of herself face-swapped with JoJo on Snapchat. They're definitely cordial to each other, but it seems like it might be less of a full on friendship, than a nice little acquaintanceship.

Case in point, their Instagrams don't share as much of each other as other Nation friends, like JoJo's best friendship with Becca Tilley, or Kaitlyn's best friendship with, well, her fiancé. Still, they definitely support each other and have a good relationship after both their seasons, so much so that Kaitlyn watched and kept up to date with every episode of JoJo's season. She also gave some love to Andi Dorfman:

So, looking at who sticks it out with their Bachelor Nation friendships is honestly just as entertaining as seeing who sticks it out in their relationships. In JoJo and Kaitlyn's case, it's just a matter of supporting each other through each other's process of finding love.