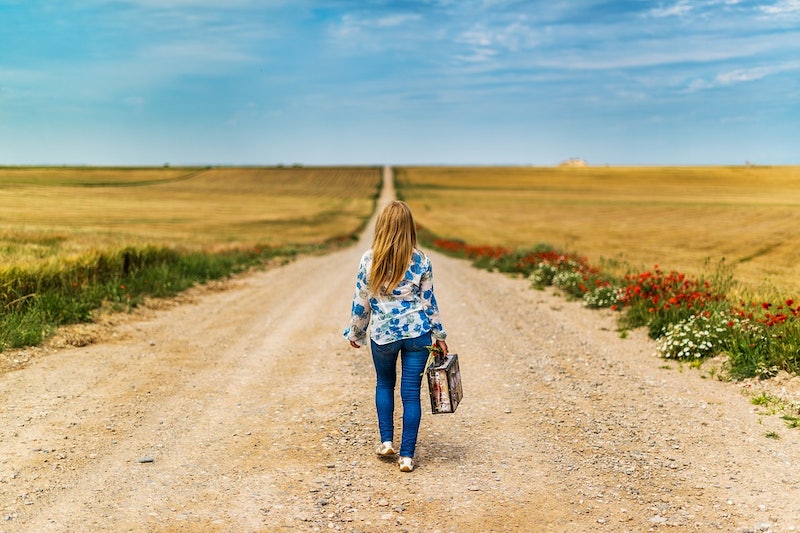 Being long distance with your partner might not seem like the most ideal situation. As you’re likely privy to, one of the first and foremost struggles of being in a long distance relationship is the fact that you and your partner aren’t able to spend as much in-person time together as other couples who don’t have that geographic distance between them. The great news is that that very point could be good for you and your partner. Getting some needed alone time can actually make you grow as a couple, as we’ll talk about here. This means being able to maintain your independence while also growing together as a couple. A LDR might seem challenging to you and your partner, but just try to focus on the points below and the fact that you and your SO might come out the other side a stronger, happier, healthier couple than any of the others close-distance couples you know. After all, it seems distance may just very well make the heart grow fonder. Here are 10 ways long distance is good for your relationship.

If you’re in a long distance relationship and feel like the satisfaction of your relationship couldn’t be as good as that of a geographically close relationship, think again. Studies show couples in a LDR can actually be equally — if not more — satisfied than their close counterparts, according to Business Insider. Just the first of several major wins of being in a long distance partnership.

2. Your Conversations Can Be A Lot Deeper

Chances are you and your SO spend a lot of quality phone time if you’re in a LDR. The best part about these phone calls is that they allow you to get into especially deep conversations — ones you might have not otherwise had in person. Why? Shape spoke to Rebecca Hendrix, a couples therapist in New York, who said, “On the phone, people tend to get a little more vulnerable. You can get to know somebody a little bit deeper than you can when you're dating in the same city because if you're making the time to connect on the phone or Skype, you tend to have longer conversations.”

3. You’re Able To Get That Much-Needed Alone Time

Being alone is essential to a healthy and happy relationship, and being in a LDR allows for that much-needed time to yourselves. I spoke about relationships via email with Mara Opperman, relationship etiquette expert and co-founder of I Do Now I Don’t, who explained to me that being in a healthy, successful relationship doesn’t mean you need to be joined at the hip. In fact, Opperman says it’s extremely important to have your own space. “People benefit from alone time because It gives them a chance to reflect on their relationship and have time to engage in activities they enjoy doing by themselves,” Opperman says. So, instead of feeling down about being away from your SO, relish in the fact that it’s actually doing you guys good to be by yourselves.

4. Your Endorphins Are Soaring

For those in a LDR, likely you’re experiencing sexual anticipation from being apart. According to Cosmopolitan, this sexual anticipation can actually result in a spike in your endorphin levels. Endorphins make you happy! Then, when you finally see each other your feelings of happiness are skyrocketed to another level. Whoever said long distance results in misery was very much mistaken.

5. It Makes You And Your SO Great At Communicating

Not only are you and your partner able to have those ultra-deep conversations when you’re in a long distance relationship, you’re also learning how to nail the whole open communication thing. According to the Huffington Post, this is because partners in a long distance relationship will put in more effort to communicate things like affection and intimacy in comparison to those who live close to one another. Think of it this way — if you’re not around your SO to show them these emotions and actions physically, the only real way to do so is by telling me. After a while it becomes second nature, and you both become very used to being open with one another.

6. Your Emotional Intimacy Is Next Level

According to Business Insider, a study on the topic has shown those in long distance relationships are able to achieve a deeper sense of emotional intimacy compared to couples that live within close proximity to each other. This might very well have to do with the fact that your conversations are much more open and intimate, as we discussed earlier.

7. Your Foundation Of Trust Is Especially Strong

Being away from one another allows for you and your SO to gain a deeper sense of trust in one another as well, according to LinkedIn. This is because the distance will plainly ask you to have that trust in one another, as you’re not within the proximity to keep close tabs on your partner’s whereabouts at any given time. You’re required to trust that they’re doing what they say they’re doing, and are with the people they say they’re with. According to the outlet, the foundation of trust between those in a LDR is above and beyond.

8. You’re Able To Truly Value Your Time Together

9. You’re More Committed To Each Other

Turns out that those in a LDR might very well be more committed to each other than those who are not, according to studies cited by YourTango.com. According to the outlet, this is because LDR couples reported feeling that rather than simply sharing information with each other as couples do, they were genuinely getting closer to each other, and therefore felt more committed.

10. You Get A Better Night Of Sleep When You’re By Yourself

While this isn’t directly about why long distance is good for your relationship, let’s lastly talk about how the relationship might be good for you as a person. According to a study from The Japanese Society of Sleep Research, sharing a bed can lead to a more restless night of sleep. In turn that sleep deprivation can lead to negative side effects like moodiness, impaired brain activity, high blood pressure, and more, according to Healthline. While sleeping alone can feel, well... lonely — it can actually be good for your body. Just think of that next time you’re missing bae at night.

As it turns out, being long distance can actually be good for your relationship. If you’re someone in a LDR, rest easy tonight knowing that you’re in a really great place, and that your relationship might just be flourishing more than that of the geographically close couples you know.