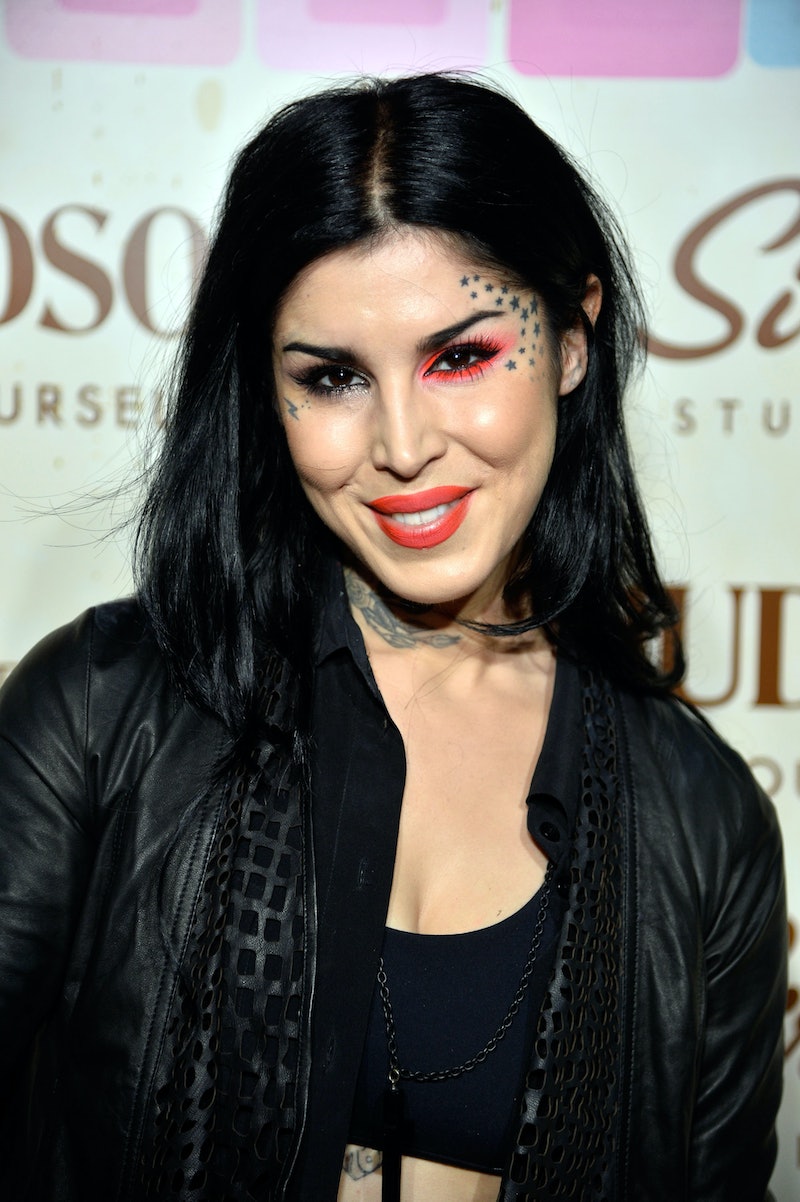 The teasing’s finally leading somewhere. Both Kat Von D and Too Faced have been slowly releasing photos online hinting at a collab, but a recent image contains even more information. Now it’s time to find out what’s in the Kat Von D X Too Faced Collection. All of your patience is going to pay off, I promise.

This collab is proving that opposites attract. Kat Von D Beauty’s known for being a little dark and mysterious while Too Faced is loud and proud and in your face. So, the fact that you’ll now be able to boldly wear super glam makeup with a hint of goth means all of your dreams are coming true. Based on a photo posted to Too Faced’s Instagram, the Kat Von D X Too Faced collection will contain a tattoo liner, Better Than Sex Mascara, and a mystery palette.

According to Kat Von D's Instagram, the palette will contain all new Too Faced and Kat Von D eye shadows. And that's only the beginning, folks! According to Too Faced's blog, there will be even more products to be announced between now and the December 26 launch date, which was confirmed by both Jerrod Blandino and Kat Von D on Instagram. In the meantime, this sneak peek should be enough to get you plenty excited. Then, go ahead and get ready for some holiday shopping!

Even the outside is beautiful. I can only imagine what the inside will look like!

The previous hint wasn't so telling, but I am glad that the Kat's (haha get it?!) out of the bag!

These two really are better together.

That Too Faced logo looks just as good against a black background as it does on a pink background.

Five months ago the two announced that the collection would be coming soon, and after seeing the packaging, I'm more than ready for this to be mine. December really can't get here soon enough!