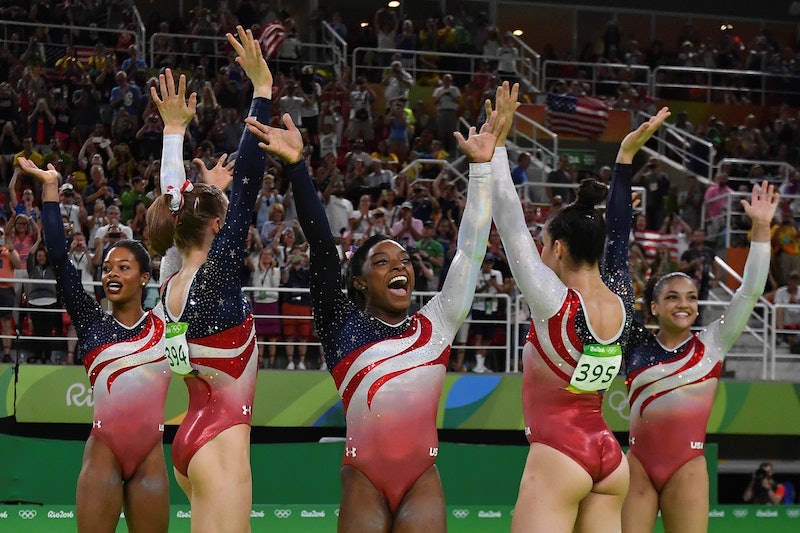 What the gold-winning U.S. Gymnastics team has been calling itself all summer long has been the subject of speculation for some time. After the U.S. team in 1996 gave itself the nickname the Magnificent Seven, many U.S. Gymnast teams have come up with nicknames for their own group of athletes. And this year is no different. Except, this year, the girls kept their nickname to themselves, saving it for the moment when the destiny that their name predicted would come true. Because their nickname is a lot better than a simple adjective and the number of girls on the team. Not to hate on the previous U.S. Gymnast teams, but this group of athletes had a little something different up their sleeve. Because the moment the Final Five announced their name was a moment that every woman should see.

So what’s the big deal about this team’s particular name? The thing that I love the most about it is that it sort of predetermines the team’s success. It’s not that they’re just fabulous or fierce or feisty or fiery, even though I love the team’s tradition of alliteration. By dubbing themselves the Final Five, this team seems to have known, from the very beginning, that they were going to be the ones to take it all the way to the end.

When the team announced their perfect nickname after winning gold (and coming 8.209 points over second-place Russia), the moment seemed like one that all women could be inspired by. Not only were the team now gold medal winners, they proved with their name that they had been sure of their ability to make it to the end from the very beginning. Why else would you name yourself the Final Five unless you had the heart and the confidence to know that you could make it all the way to the end?

That level of confidence in naming themselves winners before they had even won is admirable and definitely something that women around the world can live by. It really is amazing the kind of reality you can create when you tell yourself it’s true.