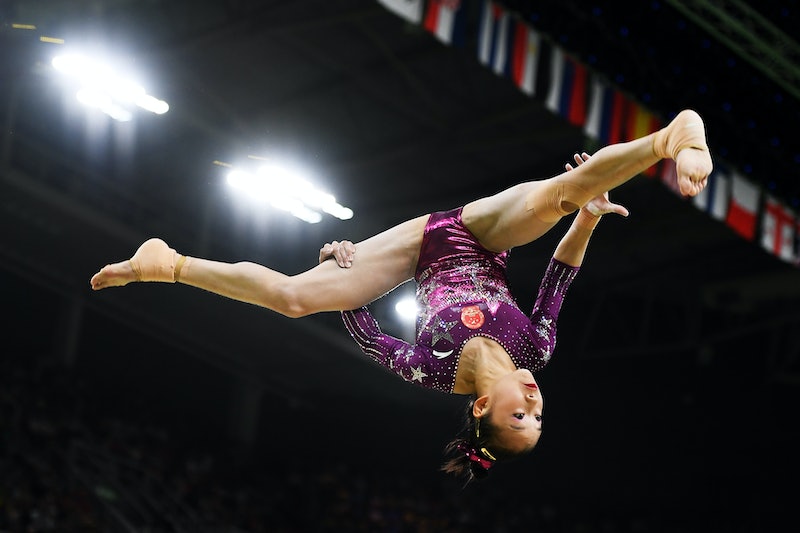 The Rio Olympics of 2016 has so far not left the worldwide media looking particularly sparkling in terms of gender equality. Whether it's referring to an Olympic judo match between women as a "cat fight" or talking about a male coach as the man "responsible" for a swimmer's wins, it's been a very undistinguished few days. But one objection has been raised and continues to resonate: are these, as the Metro News alleged, the Ogling Olympics? Is the media unfairly focusing on women's sports in which the revealing nature of the uniforms are the priority, rather than the athleticism of the participants?

It's not a stretch to say that the media furor surrounding Olympic coverage in 2016 has been sexist, but this delves beneath the commentary into network choices about what sports have priority for viewers, and why. And some have been alleging that the motivating force behind championing women's volleyball over, say, rugby isn't correlated to actual popularity, but to gaining an audience of objectifying male viewers.

The response, of course, is that athletes of both types wear small amounts of fabric for the sake of their own performance, and that the audience's tastes are out of the hands of the media. But how true is this perspective, and what lies behind the kinds and types of Olympic female prowess we're seeing represented in the media? It's not just about the leotards. It very rarely is.

The History Of Women's Sporting Outfits

Realistically, much of the history of women's professional sport has entailed the gradual cutting-away of excess materials. The outfits worn at the 1900 Olympic Games by the first 22 female competitors in Olympic history were stifling, with long skirts and full-length sleeves; the emphasis was on modesty, not on the possibility of excellence. American female swimmers weren't even allowed to participate in the 1912 Olympic games because of concern about the potential skin-baring qualities of swimsuits of the time, which were silk and liable to become transparent while wet.

In many sports, then, the gradual shifting of goalposts about "acceptable" outfits for female athletes, allowing them to bare skin in pursuit of an aerodynamic silhouette and a better performance, is actually quite a feminist victory. (Sexism still plays a large role in gendered uniforms, though, as witnessed by the fact that professional women's tennis players still have to wear skirts rather than shorts.)

But that doesn't tell the whole story. Athletes in today's Games wear a wide variety of uniforms for their chosen sport; skimpiness is an asset to some and a drawback to others. Are the athletic sports in which less clothing is worn simply more interesting to audiences? Is showing women in body-baring clothing on high rotation just another instance of media sexism?

Is Focusing On 'Skimpy' Sports Sexist?

There are ways in which the media spotlight on "skimpier" sports can attempt to be justified. There's the argument that the addition of significant uniform layers and equipment — in fencing, for instance, where competitors are covered head to toe complete with helmet, or in the judogi of the judo fighters — corresponds with a rise in the complexity of the rules, meaning that non-expert audiences might not be so interested. It's an interesting thought, but it doesn't stand up to scrutiny. As complex as competitive fencing is, it can't be argued that it's less labyrinthine than, say, Olympic gymnastics. (Don't try to tell me that it's easier to know what an Arabian double pike is than how to get a hit in a saber match.) Brevity in outfits isn't correlated to complexity of rules.

On the face of it, sports in which the clothing of the female competitors are skin-tight or skimpy are simply more popular; track and field brings in the big audiences and attracts the most media coverage. But things are a bit more complex than that. The dynamics of women's sports coverage aren't just about playing up to the male gaze; they're a strange mix of perceived femininity, ideas of aggression, and underlying beliefs about the female body.

The Double Standard In The Way Media Covers Female Athletes

We must face the unavoidable fact that the sports media tends to focus on more "acceptable" body types in female athletes, even if women succeeding in other sports are wearing form-fitting outfits. The weightlifting champions all wear tight onesies, but don't make front-page news compared to the volleyball players; both are hugely talented groups of athletes, but it's clear what "type" of female body we're supposed to want to see. The "type" is usually, unfortunately, "feminine".

The "feminine" problem also stretches to what we view as acceptable female behavior in athletes. People who follow women's sports will be, unfortunately, extremely familiar with this: female sports champions are allowed to win, but aren't allowed to look "too masculine" doing it, or risk either condemnation or even having their gender questioned. Condemnation is represented by the time JK Rowling had to take a commenter to task for saying Serena Williams looked "like a man" in 2015; and ungendering has entered the conversation at Rio, after the phenomenal Katy Ledecky was told that her success was due to the fact that she "swam like a man" by the Washington Post. There's no way for female athletes to negotiate excellence in gendered terms without in some way running foul of sexism.

That masculinity trap is a psychological one, too. Michael Phelps is allowed to look like the Grinch who stole Christmas as part of his pre-race psych-up routine, but female athletes are supposed to remain within the bounds of grace. Swimmer Lilly King's battle with formerly banned Russian Yulia Efimova has been branded "taking a dig," "throwing shade," and "trash talking;" she was allowed to get away with it by the U.S. press because of the undercurrent of good versus evil, clean versus dirty, but in another context they would perhaps have been less forgiving. The psychological aggression that is, frankly, necessary for many elite athletes to remain competitive is seen as suspect in women; it's notable that the media approvingly described the gold-winning U.S. gymnastic team as "looking as if they were hanging out at a mall," rather than ferociously focused.

'Aggressive' Women Will Not Be Televised

It's extremely interesting that, in a poll of over 1,000 U.S. adults of both genders before the Rio games, the sports that they expressed most interest in watching weren't necessarily person-on-person fights for gold. There are two categories of Olympic sport: those in which teams or people duel physically in matches, as with basketball or water polo, and those in which competitors are separate and do not technically interact, as with swimming, gymnastics, athletics, or diving. The ones the American audience wanted to watch? The non-match stuff. Gymnastics topped the "most interest" table, followed by swimming, other water sports like rowing, and track and field. The highest-interest match sport on the list? Volleyball.

This divide of interests intrigues me. Match sports may be more chaotic and more difficult to follow (I personally have no idea what's happening in a handball match), and there's more ability in a non-match sport to root for individuals: Katy Ledecky in her lane, Usain Bolt in his, Simone Biles as she draws the spotlight with a flawless floor individual routine. But embedded in this seems to be another issue: Women being openly aggressive towards one another do not feature high on this list at all. The more contact between players, the lower interest people had: rugby sevens was at the very bottom, with only a fraction more interest in combat sports like judo.

This suggests, to me, that there's a degree of discomfort in direct woman-on-woman aggression on the Olympic screen, as created by the media and gender expectations. It may happen, but we don't appear to want to watch it; and if we do, it's in sports like volleyball, in which the type of body on display is usually "acceptably feminine" and skin-baring for the sake of movement. (Olympic volleyball players have, since 2012, been given three options for player uniforms, rather than just bikinis, but many players still opt for them to give maximum comfort and freedom.)

It seems we allow our female athletes to be excellent, but we don't want to see them beating the sh*t out of other people to get there. That's just not ladylike! The media will protest that they're just "giving the viewers what they want". But the shaping of what we want from our female athletes and from the act of witnessing sport is a complex thing, in which media influences play no small part. What's "feminine" and "acceptable" in a female athlete mediates what we want to see, and that does a massive disservice to those athletes who don't fit those frameworks.

Focusing purely on sports in which an "acceptable" female body is displayed in form-fitting outfits ignores the diversity of both sport and the possibilities of female excellence. In other words, it's all well and good to watch women's gymnastics — but perhaps you should consider judo as well.