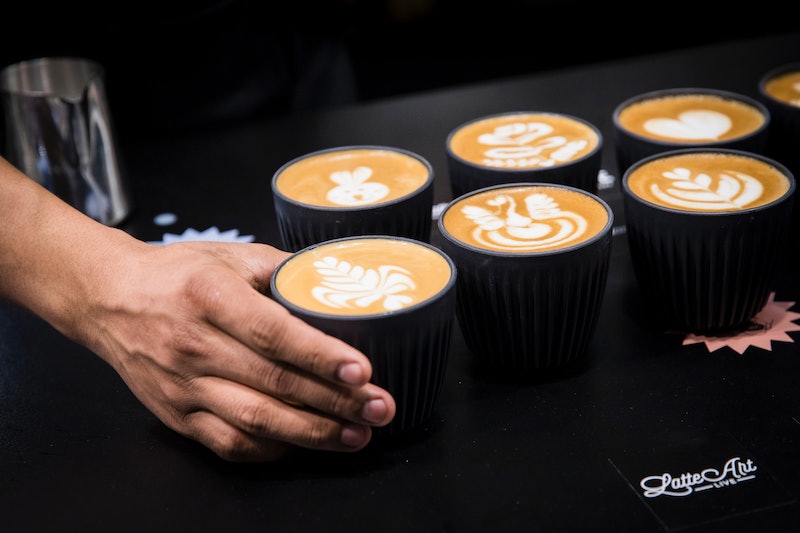 The Olympics are well underway, which means not only plenty of international competition, but also intense efforts to make sure no athletes are gaining an unfair advantage through banned substances. But does that include, say, coffee? Can Olympic athletes have caffeine? The question, it turns out, is a little more complicated than you might think; the rules regarding caffeine use during the Olympics have actually changed a number of times over the years.

Caffeine was considered a no-go at the Olympics for many years; indeed, Bakaava Buidaa, who originally won the silver for Mongolia for judo in 1972, was stripped of the medal after testing positive for caffeine in a drug test. However, in 2004, the World Anti-Doping Agency, which determines the banned substances for the Olympics, once again began allowing caffeine, even though it is still considered to be performance enhancing. (This undoubtedly makes sense to anyone who owes their productivity on any given day to a never-ending succession of coffee.)

So how does caffeine give athletes an edge? Caffeine can boost muscle power and give athletes increased endurance, which makes it particularly popular for distance runners or other athletes who need to perform over an extended period of time. It works primarily by releasing fat stores into the blood stream, making them readily available for the body to use as an energy source. Caffeine can also improve focus and reaction time, which are also important for many Olympic events. Athletes looking to give themselves a boost can therefore strategically ingest caffeine on the day of their competition.

Today, athletes at the Olympics are allowed to use caffeine, though it is still monitored by the World Anti-Doping agency to scan for patterns of use. Truly regulating the amount of caffeine athletes are allowed to have in their bloodstream, however, is tricky; unlike many other performance-boosting compounds, caffeine is something millions of people enjoy as part of their normal lives (think coffee, tea, chocolate, and other foods or drinks with caffeine in them), not directly as a way to boost their performance in a sport. Caffeine is also metabolized at different rates by different people, making it hard to determine, based on blood work, a given person's pattern of caffeine use.

Trying to establish a threshold for caffeine use, therefore, runs the risk of penalizing athletes for normal caffeine consumption, which is why the restrictions were dropped in 2004.

Thus, athletes can enjoy a cup of coffee without fear — and even with the expectation that it might give them a teeny, tiny boost during their event.