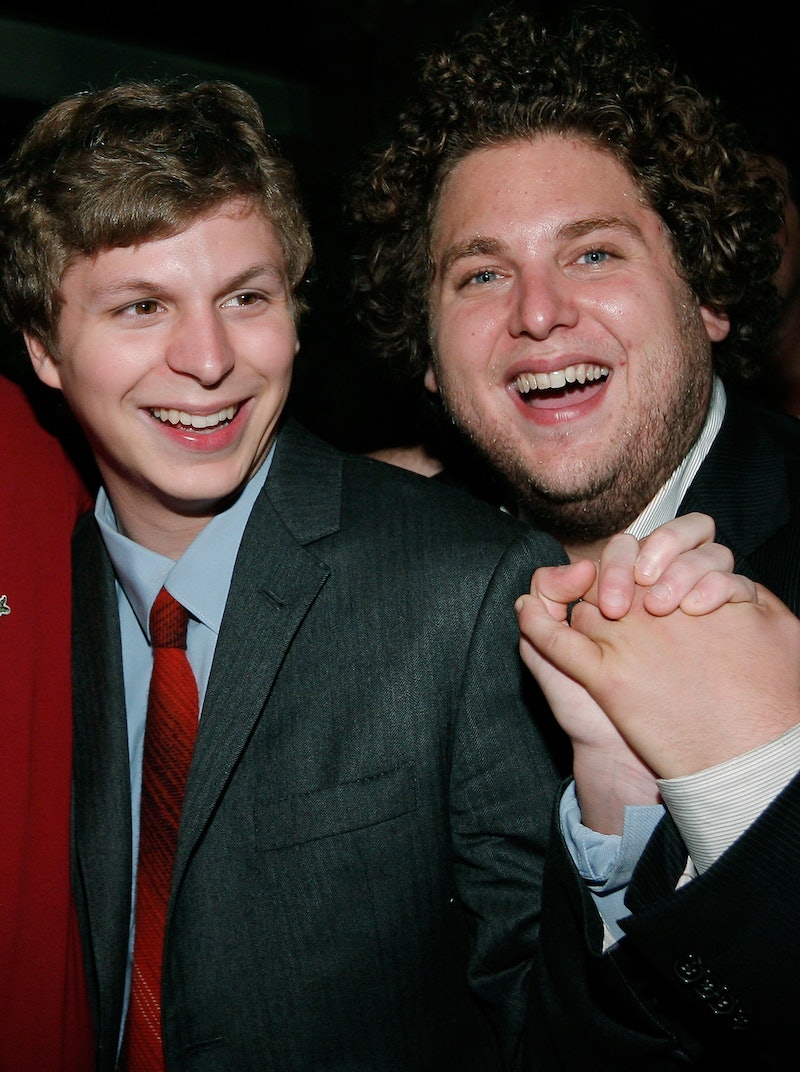 You know him from Arrested Development, This is the End, and the film that put him on the map: Superbad. And though it's been nearly 10 years since Michael Cera starred alongside Jonah Hill in the Seth Rogen-made film, fans are still begging for a sequel. But recently, Rogen revealed he has no intention of making a sequel. This is a disappointment to fans of the 2007 R-rated comedy, myself included, so when I had the opportunity to chat with Cera about his latest Rogen collaboration, Sausage Party, I asked about his thoughts on a sequel — you know, just in case any enthusiasm from Cera could change Rogen's mind.

"I think it would just be sad at this point," the now 28-year-old actor says. "It would be doing the same characters but ten years later. Everyone would be like, 'Oh man, I liked it when they were young and bushy-tailed.' Sometimes if you wait too long, it's not so sweet anymore. To me it's such a nicely wrapped up story. I think it's a stand-alone movie."

Well, damn. From both Cera and Rogen's statements, it seems almost certain a Superbad sequel will not be in the works any time soon. But never fear, future collaborations between the two comedians are a given. After all, it's been ten years since the duo met during Cera's Superbad audition, and their friendship has only grown since.

"The first time I met Seth I was auditioning for him, which was very intimidating," Cera admits. "I was a fan of Seth's and really wanted the job. As soon as I got cast though, the dynamic shifted and we became friends. He's always made me feel really supported, and he makes you feel funny, which is really nice."

Cera recalls the decade-old audition, saying he felt like he was "jumping through hoops" to get the part. "They were doing chemistry tests with a lot of different actors. I didn't know that I was hired for a long time, even though I think they had already decided I had the job."

Though we won't be seeing Superbad 2 in cinemas, you can catch Cera and Rogen's voice talents in Sausage Party, which hits theaters August 12.