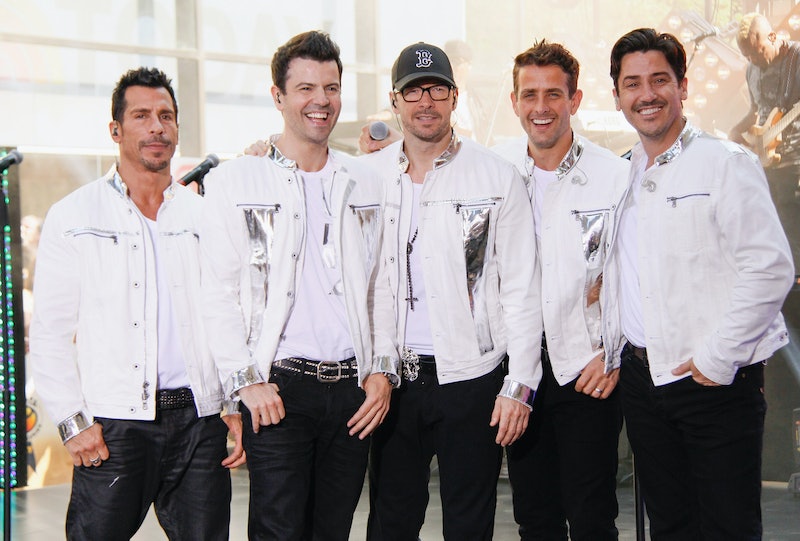 Jenny McCarthy may have just landed a gig as a co-host on The View , but it's her New Kids on the Block boyfriend that we can't stop talking about. Us Weekly is reporting that Jenny McCarthy and Donnie Wahlberg are dating, and have been for a few weeks. The two apparently met on the set of her talk show in March, where they hit it off over a conversation about talking dirty in bed.

They're so close, in fact, that Jenny and Donnie allegedly spent the Fourth of July together with Donnie's friend and fellow New Kid, Jonathan Knight, and Jon's boyfriend, Harley.

Be still our New Kids and Fourth-of-July-BBQ-loving hearts.

Jenny split with Jim Carey in 2010 after five years together, and Donnie divorced his wife of eight years in 2008 -- could it be that the girl from Singled Out and a New Kid end up happily ever after?

All we ask is that Chris Hardwick officiates and that Joey McIntyre sings "Please Don't Go Girl" as Jenny walks down the aisle.

The rest, we'll leave up to them.