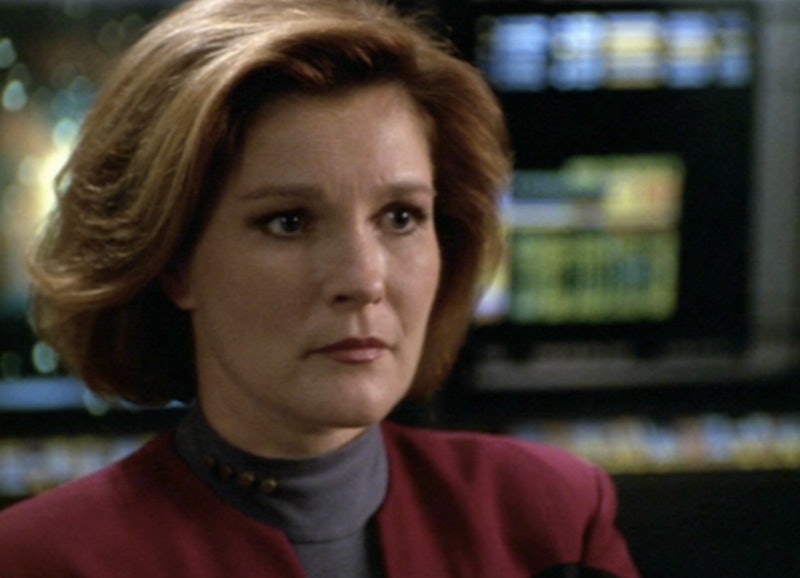 The more I hear about the new Star Trek reboot, the better it sounds. With the creator of Pushing Daisies and Hannibal, Bryan Fuller, at the helm, forthcoming TV series Star Trek: Discovery looks all kinds of amazing. At the Television Critics Association summer press tour in August 2016, Fuller revealed lots of new details about the show, which is due to start airing on CBS in January 2017. As reported by TVLine, Fuller announced that the lead character in Star Trek: Discovery will be female, and, perhaps most importantly, she'll "be human but not a captain".

This isn't the first time the franchise has focused on a female character. While lots of women have appeared in key roles in the franchise, Kathryn Janeway was Captain of the Starfleet starship in Star Trek: Voyager between 1995 and 2001, making her the first female Star Trek lead. Portrayed by Kate Mulgrew, who plays Red in Orange Is The New Black, Janeway also appeared in the 2002 movie Star Trek: Nemesis, at which point her character had been promoted to Admiral. Clearly, Janeway will serve as an important precursor to the new lead in Star Trek: Discovery, and it's majorly exciting to know that the franchise is expanding in a diverse and forward-thinking direction.

According to TVLine, the role hasn't yet been cast, but Bryan Fuller revealed that the character will take on the role of Lieutenant Commander instead of Captain, meaning there will be a lot of development potential, as well as conflicts with other members of Starfleet staff. The recent Star Trek movies have been well-received by critics and fans on the whole, but have generally focussed on their male characters, leaving little room for female protagonists in their scripts. For this reason, the announcement that Star Trek: Discovery will feature a female lead is more than a little exciting and has the potential to introduce the Star Trek universe to an even wider audience in a similar way as Star Wars: The Force Awakens did with the introduction of the lead character Rey.

The latest movies in the franchise, most recently Star Trek Beyond, have chosen to reboot the original series of the show, focusing on the iconic characters of Captain Kirk and his bestie Spock. While no one can complain about a movie with Chris Pine looking dashing in the lead, by adhering to the source material's characters, female roles have had a lot less screen time than their male counterparts. That Star Trek: Discovery is moving in a much bolder direction is exciting news for Trekkies everywhere, and could even inspire new viewers to tune in.

I grew up watching Star Trek: The Next Generation and Deep Space Nine, both of which featured interesting female characters I could relate to and root for. Deanna Troi and Beverly Crusher were all kinds of #lifegoals in The Next Generation, as were Jadzia Dax and Kira Nerys in Deep Space Nine. To have a brand new female lead confirmed for Star Trek: Discovery is the best news, as it shows that the series and its writers are committed to creating a universe that reflects our everyday lives — which, for example, doesn't actually feature more men than women — and a universe that viewers can be proud of.