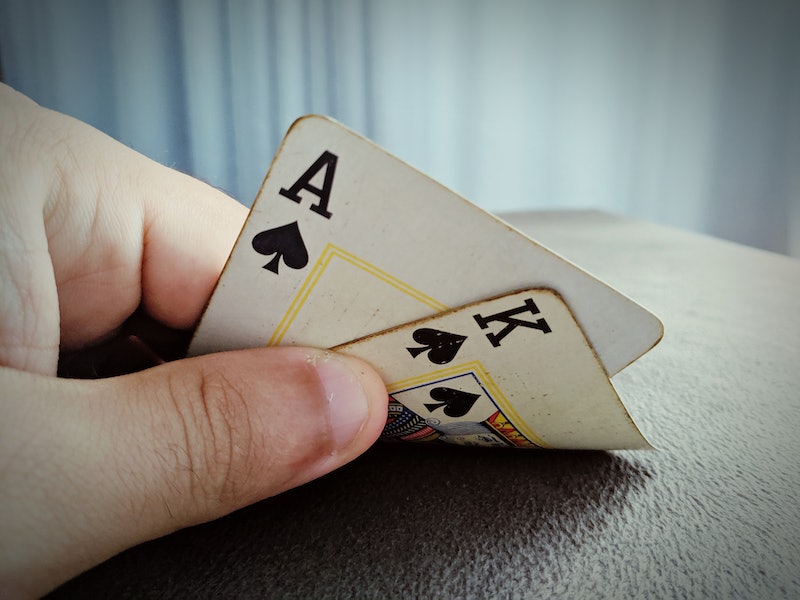 Many of us spend our childhoods wondering how magic tricks work, and as adults, it doesn't get much clearer. We might theoretically understand that it's all sleight of hand, but magicians — or at least the good ones — fool us into seeing the impossible despite our best efforts. It helps if you're willing to be swayed, of course, but magicians are masters of the art of manipulation. For a brief moment, they can make you believe that they really did saw a woman in half or make the entire Statue of Liberty disappear.

Needless to say, magic is a fascinating subject for psychologists, and a study recently published in the journal Frontiers of Psychology uncovered something fascinating about why magic seems so, well, magical. According to the Washington Post, researchers from Oxford University showed more than 400 participants a series of videos depicting one of the researchers, who happened to be a semiprofessional musician, performing different actions. Some videos showed everyday tricks — wearing a poker chip as a monocle, or eating a crayon — but in others, the researcher carried out a more traditional magic trick.

Here's the catch: In one of the videos, the researcher didn't perform any tricks at all. He pantomimed the act of making an object disappear, but his hands were actually empty the whole time. But that didn't stop some people from seeing an object anyway; researchers found that when participants were asked to describe the video afterward, 32 percent reported seeing him make an object disappear.

Appropriately, the trick is named the Phantom Vanish Illusion, and while it probably wouldn't be a hit during a real magic show, it still speaks volumes about how easy it is to manipulate people's senses of reality. As the magician-cum-researcher, Matthew Tompkins, explained, the trick works through the use of something called priming — when people are put in a certain frame of mind, they're quicker to make associations. When someone sees the word "yellow," for example, they're faster to recognize "banana," and as the Oxford study demonstrated, the same principle applies to magic tricks.

"We think what may be happening is that people are effectively confusing their expectations with a true sensory experience. ... This expectation is so vivid that it can actually be mistaken for a real object," Tompkins said, according to Science Daily.

This is hardly the first study to make you question your grasp of reality — eyewitness accounts are notoriously subject to suggestion, and research has shown that it's dependent on everything from your imagination to the language you grew up speaking. In a 2012 study, researchers even found that the wording of a magic trick can lead you to choose different cards.

But knowing how magic works doesn't make the tricks any less fun to experience — or if it does, you're probably not much fun at parties. And now, for my final trick, I'll make your lunch hour disappear.