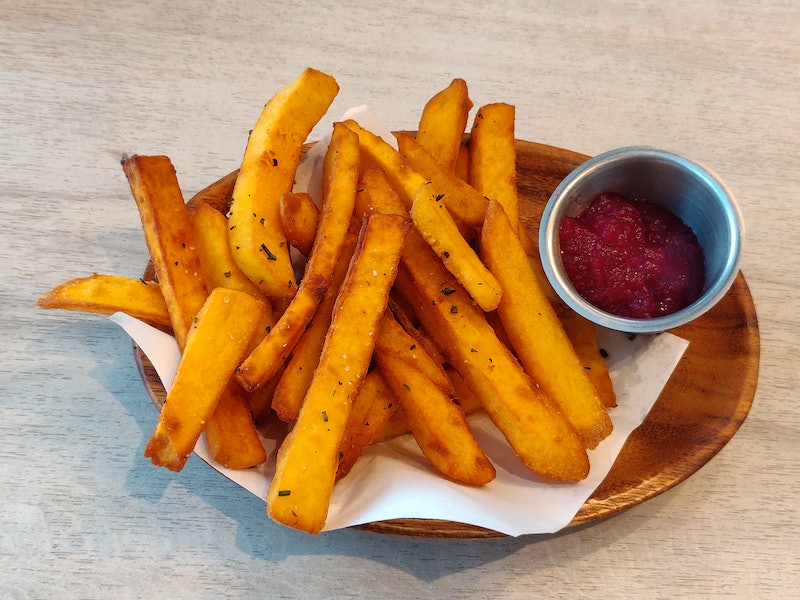 A greasy fast food standby may soon become an important tool in sex education. Posted on Tumblr, a new Planned Parenthood graphic explaining consent likens it to something we all love: french fries!

Obtaining consent is the first step towards safe and positive sex, but many young adults are still struggling to fully comprehend what it means to give and receive the green light. This important subject is rarely taught as part of high school and middle school curriculums. A survey conducted by Planned Parenthood in October 2015 revealed that less than a third of the 2,012 adult respondents had learned anything about consent or sexual assault in school; however, the vast majority of those surveyed agreed that educating middle and high schoolers about consent is important.

Another recent poll conducted by The Washington Post and Kaiser Family Foundation showed that current and recent college students were still deeply conflicted over what constituted consent. (Hint: it's not someone undressing.) To clear up some of this confusion, Planned Parenthood, the largest provider of sex education in the nation, has drafted a handy acronym. If you are unclear about what constitutes as consent just remember: F.R.I.E.S.

They explain the acronym as such—

This isn't the first time that Planned Parenthood has addressed the topic of consent. In September of last year, the organization released four informative videos showing what consent looks like in all its forms and shades. Dr. Leslie Kantor, vice president of education at Planned Parenthood Federation of America believes education plays an important role in healthy romantic relationships. "Open, honest communication between partners is necessary to ensure that sex is safe and mutually consensual, which is a skill that can be learned. Education about consent is sexual assault prevention," she explains. Education may very well be the best weapon against the propagation of a rape culture and deadly spiral of victim-blaming.

As of January 1, 2017, high schools in California will be required by law to teach consent in high school health classes. Teachers will explain the "yes means yes" policy, where both parties have to clearly agreed before engaging in sexual activity. It will make history as the first state to institute such a requirement. It's a big win for sex educators, but there is much more work to be done.

More like this
Your Daily Horoscope For August 10, 2022
By Mecca Woods
Samsung Just Dropped 2 New Foldable Smartphones
By Michelle Toglia
TikTok Is In Its Elle Woods Era
By Meguire Hennes
Hinge's New NFAQ Feature Is Demystifying Queer Dating
By Emma Carey
Get Even More From Bustle — Sign Up For The Newsletter