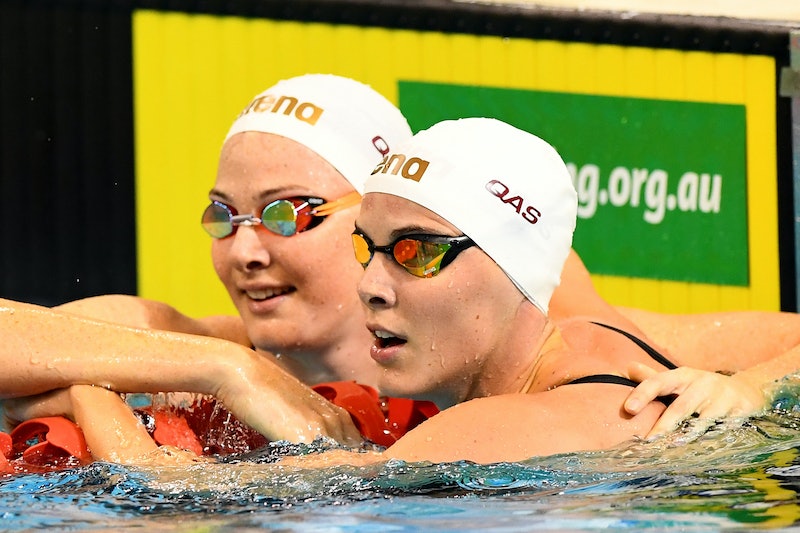 Like Serena and Venus before them, two sisters are competing for the gold at the Olympic games. Australian swimmers Cate and Bronte Campbell are up against fierce competition at the pool in the swimming freestyle events in Rio. In the 2012 London Olympics, the sisters became the first Australian siblings to compete in the same sport in 40 years. And they even went head-to-head in the same event — both favor the freestyle races. Bronte, the younger sibling at 22, is the reigning champion for the 100-meter freestyle race. But last month Cate, 24, beat her sister's time to set a world record for the distance.

While Katie Ledecky is spending her time at the Rio Olympics shattering records for women's swimming, the sisters are challenging her gold streak. In the 4x100-meter freestyle relay, the sisters propelled the Australian team to take first place, over the American team. It was the first event in Rio in which swimming superstar Ledecky had to settle for a silver medal. If Ledecky is queen of the longer distances (400- and 800-meter), the Campbell sisters are the reigning champs of the lower (50- and 100-meter). They formed half of the Australian team that won gold during the 4x100-meter freestyle relay final on Aug. 6.

Despite facing off against against a family member, the sisters seem to be more supportive of each other than competitive. Bronte told NBC that they don't really see each other as rivals, saying, "We've always really enjoyed racing together against the rest of the world, not necessarily against each other."

Ahead of the 100-meter freestyle final tonight and the 50-meter freestyle competition that begins tomorrow, viewers are likely to see the sisters pull off strong performances. Without Ledecky to get in their way, it's likely they just might take home some more gold.