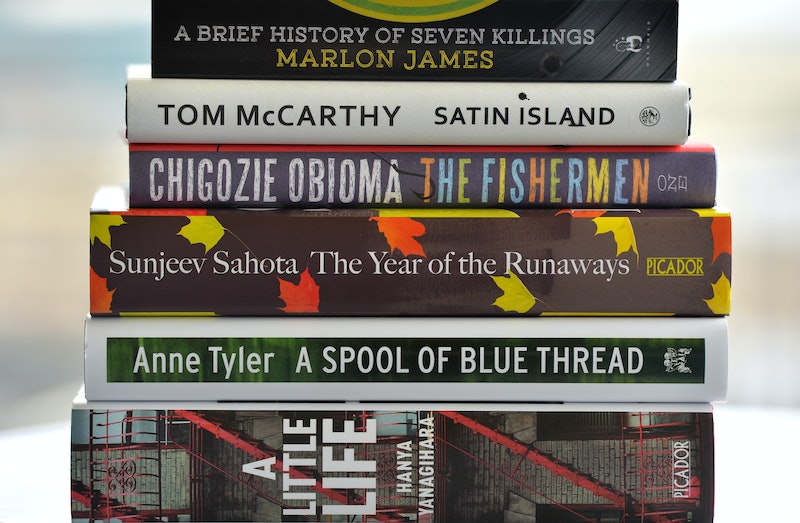 It's official: literature is still changing the world. A new study shows that reading novels isn't just a smart alternative to Facebook — the act of reading can actually prevent our tendency to judge and stereotype each other, especially when it comes to race.

In the study, titled Changing Race Boundary Perception by Reading Narrative Fiction, participants were asked to read various types of writing samples and then guess at the race of a group of "ambiguous-race Arab-Caucasian faces." Participants had to categorize the faces as either (1) Arab, (2) mixed, more Arab than Caucasian, (3) mixed, more Caucasian than Arab, or (4) Caucasian. In the second round, participants were asked to determine the race of ambiguous-race Arab-Caucasian faces, all of whom had a some degree of anger in their facial expressions.

The study found that participants who first read a 3,000-word passage of Saffron Dreams , a novel by Shaila Abdullah about a Muslim woman who gets assaulted in a New York subway, were more willing to categorize that first round of faces as "mixed-race" (rather than simply "Arab" or "Caucasian"), implying a willingness to see racial boundaries as pliable, not overly rigid. Even better, participants from the second round who read from Saffron Dreams were less likely to categorize the angrier facial expressions as "Arab."

But participants who either read a synopsis of Saffron Dreams or a control passage about the history of cars were far more likely to sort the first round of faces into firm racial categories, and far more likely to categorize angrier-looking faces as "Arab" in the second round.

In short, the empathy created when participants were immersed in the rich inner narrative of a Muslim woman didn't vanish when they closed the book. Instead, that brief involvement in another person's point of view actually helped them avoid bias and stereotyping, even after they were done with the reading. The study's researchers concluded that "there is growing evidence that reading a story engages many of the same neural networks involved in empathy." This means that when we, as readers, give our attention to plots and protagonists from other cultures, we'll come away feeling more invested in their particular struggles than before, more connected than aloof, more together than different.