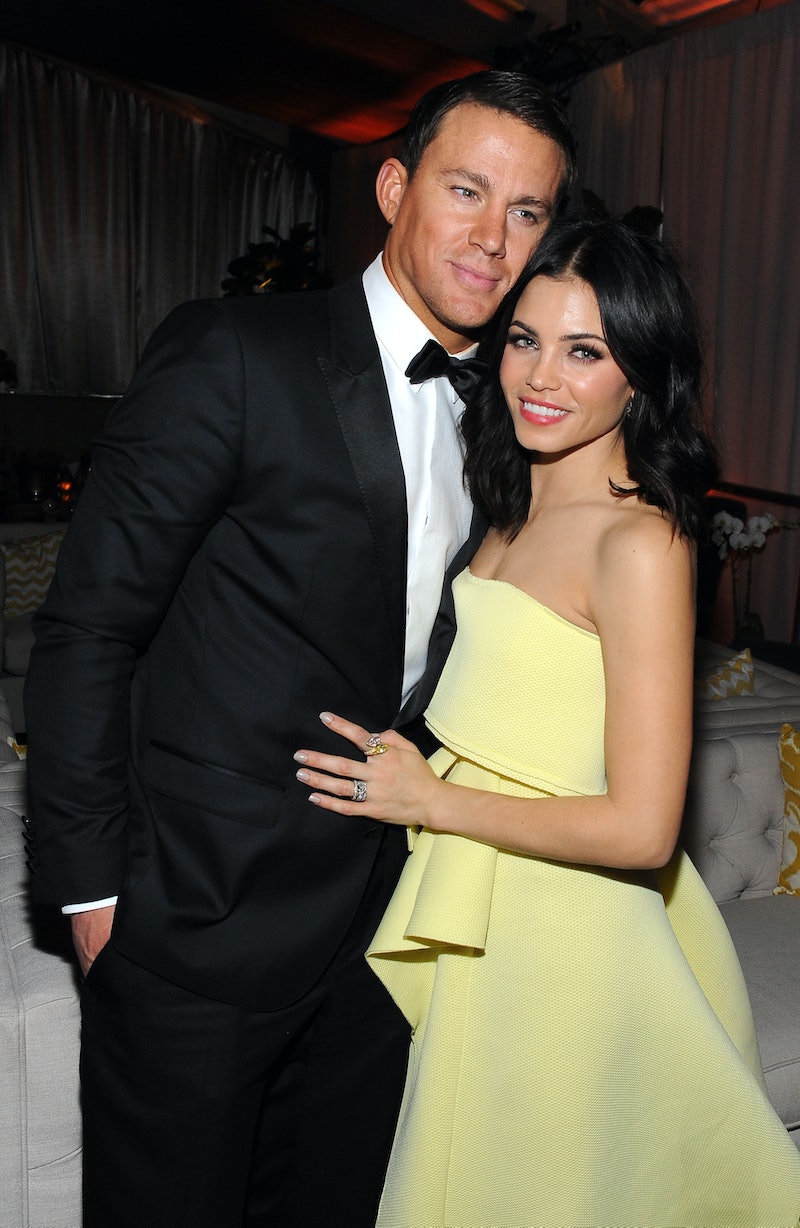 The most perfect celebrity couple just became even more perfect. Thursday was the 10th anniversary of Step Up , so what better way to celebrate that than by watching Jenna Dewan and Channing Tatum recreate their Step Up dance? Yes, it's amazing as it sounds. To be clear, it wasn't the last big number of the movie they danced, but rather than the one where their characters, Nora and Tyler, are on the rooftop being all romantic. The Tatums shared their recreation via Snapchat and wrote alongside the short video, "We had to."

10 years later the chemistry between them is still very much there. Shocking, I know. Dewan Tatum and Tatum are also still fantastic dancers, which just goes to show you that age is just a number. They've only gotten better with time. Not that they're "old" or anything, but you know what I mean.

Back to their recreation, either the choreography is engrained in them or they re-watched the movie to make sure the dance was exactly like the one from Step Up. Of course, they also danced to the same song from the film, "U Must Be" by Gina Rene.

Now, enough chit-chat. Let's watch their recreation and compare it to the original:

Anyone else get chills? They know how to make me swoon. OK, now for the Step Up version:

If you scroll to the 0:36 mark, you'll see the lift Dewan Tatum and Tatum are doing in their snap. Yeah, it's pretty much the same, save for Tatum holding the Supergirl star rather than setting her down. Oh well, who cares, because both versions are beyond flawless.

Thank you to these two for not only bringing Nora and Tyler into our lives, but for showing us that true love does actually exist in Hollywood.