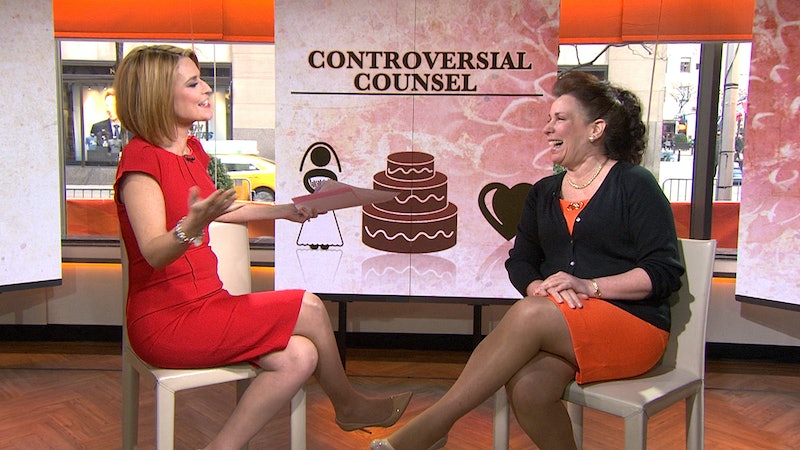 You guys. Why is the Princeton Mom still a thing? Why did someone give her a book deal? Because she just published a travesty called Marry Smart: Advice for Finding the One, and I’m so horrified I can’t even bring myself to crack open the cover. The Today Show’s Savannah Guthrie apparently has a stronger stomach than I, though; not only did she read the book, but even more impressively, she brought Susan Patton onto the program to talk to her about it. Apparently I failed spectacularly to conduct myself in college as Patton feels I should have, because here’s what I learned from her:

Yeah. That about sums it up.

There is so much wrong with these “lessons” that I can barely find the words to describe how wrong they are. There’s a reason performing cosmetic surgery on teenagers is a bad idea — that is, their bodies are still growing — and, my goodness, did I ever want to throttle her for her victim-blaming (and her request that we “spare her the outrage”). Seriously.

For her part, Guthrie did her damnedest to get Patton to address the holes in her logic, but Patton spent the entire time either interrupting her before she could finish her questions or dodging her questions entirely. If we’re lucky, the Princeton Mom’s 15 minutes of fame will be up shortly and she’ll fade quietly into obscurity. But I worry that putting this sort of misguided “advice” in print will have a ripple effect on the future. I have nightmares of a post-apocalyptic society in which all books but Marry Smart have been destroyed, and humanity worships it as the Great Truth of the Universe. Let’s not let that happen, okay?

For the curious, here's the whole rage-inducing segment:

More like this
16 Novels That Paint A Realistic Portrait Of Abortion
By K.W. Colyard
Why You're Seeing Green Bandanas At Abortion Rights Protests
By Lexi Inks
Yes, You Can Stream Machine Gun Kelly’s Life In Pink In The UK
By Rachel Mantock
How To Come Out Online, According To Trevi Moran
By Melanie Mignucci
Get Even More From Bustle — Sign Up For The Newsletter