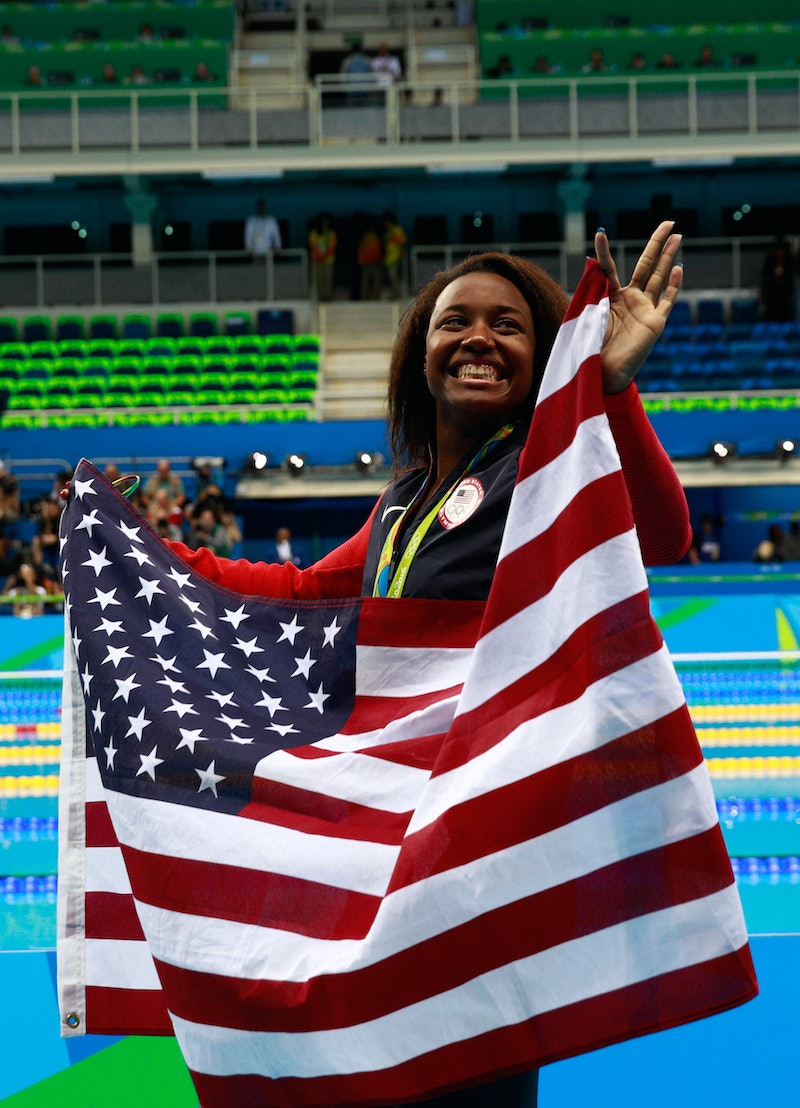 Just one day after incredible performances in swimming and gymnastics, a pair of inspiring stars decided to ignite social media. Simone Manuel and Simone Biles took a selfie, and it's the best thing to come out of the Rio Olympics. If you weren't able to follow along with Biles and Manuel's big days, then you should do yourself a favor and check back on some of the video.

Biles, widely considered the best gymnast in the world right now (and maybe ever) completed a performance that'll be remembered for years, winning gold in the individual all-around final. And Manuel's starring turn was no less dramatic, intense, and exciting. She actually notched a dead-even, first-place tie with Penny Oleksiak of Canada, with both finishing at 52.7 seconds in the women's 100-meter freestyle. Both of them will exit the Rio games as gold medal swimmers.

Both Biles and Manuel's victories carry some added historicity, too. Biles, 19, is just the second black woman to win the gold medal for individual all-around gymnastics, hot on the heels of Gabby Douglas' trailblazing 2012 performance. Manuel, on the other hand, is the first black woman to ever win an individual gold in swimming. And now, these two American icons have decided to share in what's arguably the single coolest image of the Rio games so far.

Needless to say, Biles and Manuel's top-notch performances have inspired a lot of people and stirred up a lot adoration. Manuel's achievement is particularly impressive and historically important, considering America's long, racist history regarding swimming ― preventing black Americans from being able to access pools, and thus preventing them from being able to cultivate the kind of staggering skills Manuel displayed, was a particularly hateful pastime of the American pro-segregation movement. Also, countless black communities throughout the country simply don't have the same access to recreational sports like swimming that white communities do.

In short, if that selfie doesn't at least very slightly melt your heart, I don't know what to tell you. Biles and Manuel's wins will definitely be remembered as some of the great highlights of Team USA's time in Rio, alongside the sort of transcendent dominance we also saw from Katie Ledecky and Michael Phelps. Here's hoping these two have it in them to make it back for the 2020 games in Tokyo, too.