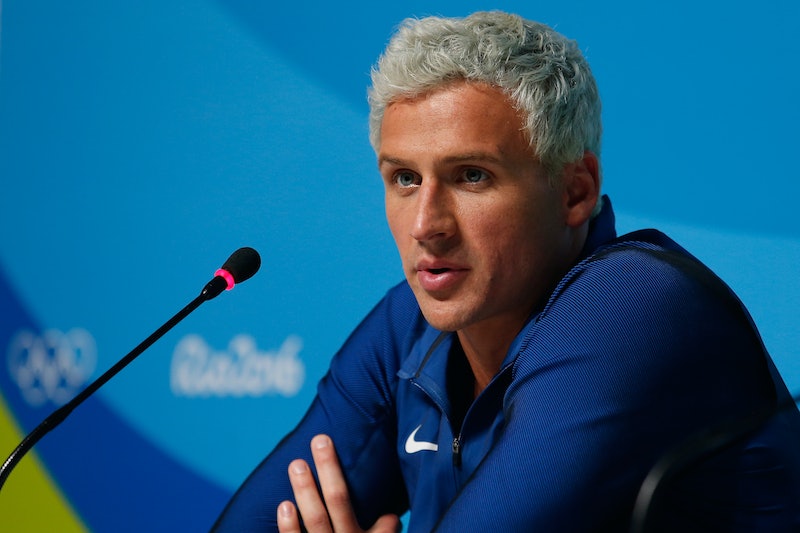 Olympics-level swimming: curiously not so different from high school. Well, at least, there's that distinctive "he said, she said" cadence to the Michael Phelps and Ryan Lochte story breaking today. According to USA Today, Phelps might be a little peeved (jokingly, though) at Lochte, and not so into him sitting with him at lunch after Lochte talked about Phelps to the press. If you're not familiar: Lochte had said that he "guaranteed" Phelps will return to swimming for the next Olympics in 2020 on NBC's Today show Aug. 12.

The "Ryan doesn't know what he is talking about" is sort of hilarious, and personally I feel it sounds more in a jokingly peeved tone than anything else. But, either way, let's examine Lochte's first statement a little more closely. The full statement, via Today, was: "I guarantee he will be there. I think so. I really think so. So Michael, I'll see you in Tokyo."

So while it starts off sounding like a firm confirmation, it's actually just a theory (see his repetition of "think" rather than any more definite choice of words). And I don't know about you, but I make enough mistakes as it is when in conversation with pals, and that's without the added pressure of chatting in front of cameras on a national television show. Besides, this guys have been friends a long while, as this post from Lochte's Instagram account suggests:

Honestly, though Phelps seems set on his decision to retire from the sport, it's hard to imagine Lochte being anything other than hopeful Phelps will return.