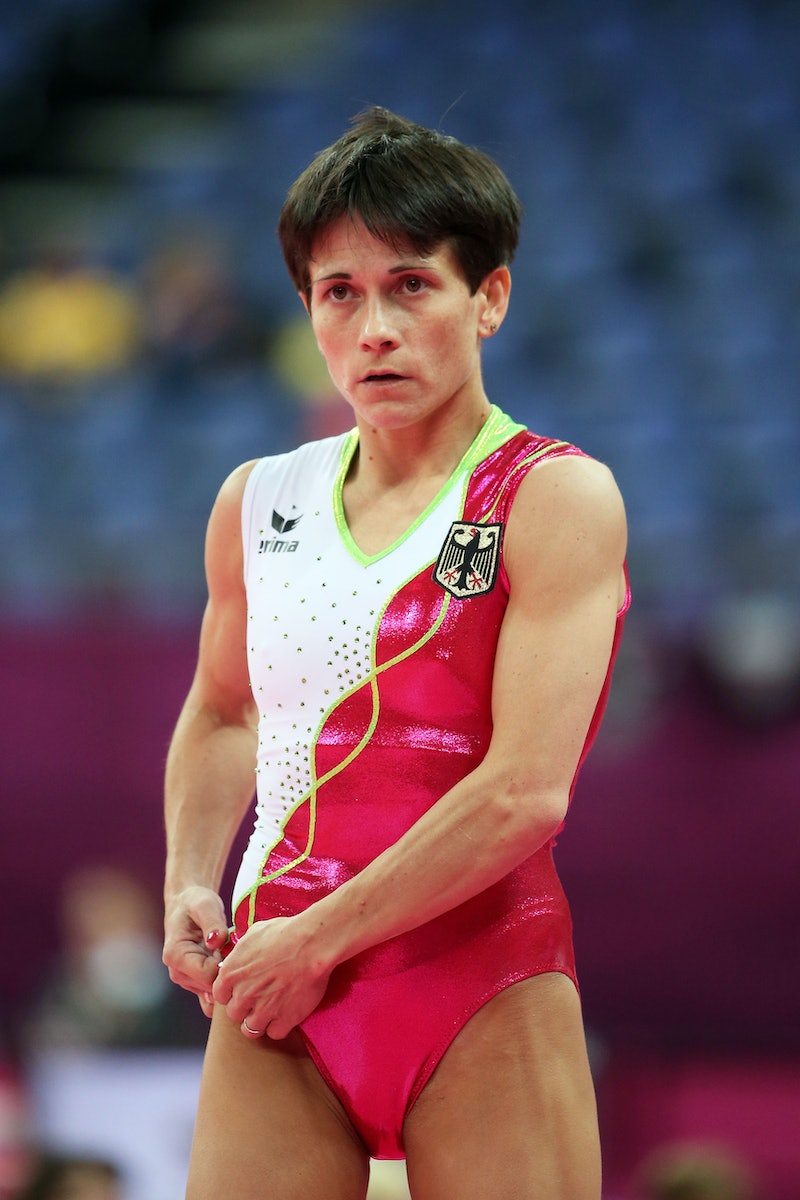 If you look up the word "perseverance" in the dictionary, you'll probably see Olympic gymnast Oksana Chusovitina's picture — then you'll be directed to look up the word "empowering." That's because Chusovitina is one of the oldest Olympic athletes in Rio, and one of the most amazing AF athletes in the games, full stop. Why is that? Because this is Chusovitina's seventh — yes, people, seventh — Olympic games, and her career has spanned more than 25 years. This can mean only one thing: this woman's talent is so strong she could give Hercules a run for his money. More than a quarter century spent on honing your technique most definitely equals gold, right? I think we need to give Chusovitina a standing ovation from now until the end of time. If we can learn two major things from her, it's that age is legit just a number, and that you now have zero reasons to stop pursuing life goals.

At 41 years old, Chusovitina has had the honor to compete in seven Olympic games. Beginning her Olympic career at age 13, she almost thought her career was when the Soviet Union dissolved in 1991 and her home country of Uzbekistan was suddenly an independent nation. Much to her surprise, though, Uzbekistan found a way to devote the time and resources to nurturing its citizen-athletes. Chusovitina was able to continue her training and achieve medal after medal in every Summer Olympics following her 1992 Barcelona debut.

Chusovitina doesn't view her age as a factor in her prosperity as an Olympic gymnast: "On the podium, everyone is the same whether you are 40 or 16. You have to go out and do your routine and your jumps." She then wryly added, "but it's a pity there are no points for age." Intriguingly, Chusovitina came out of retirement for Rio. Perhaps old habits die hard? She will be competing in the Women's Vault and Women's Beam events on Sunday, August 14 against female gymnasts a fraction of her age but every bit as evenly matched. To get a better idea of just how big a superstar Chusovitina is, take a look at her gymnastic skills during a floor exercise the Rio qualifying competition:

Already one of the greatest living Olympic athletes in our midst, we can expect a genuine display of athletic resilience in Rio thanks to the one and only Chusovitina.