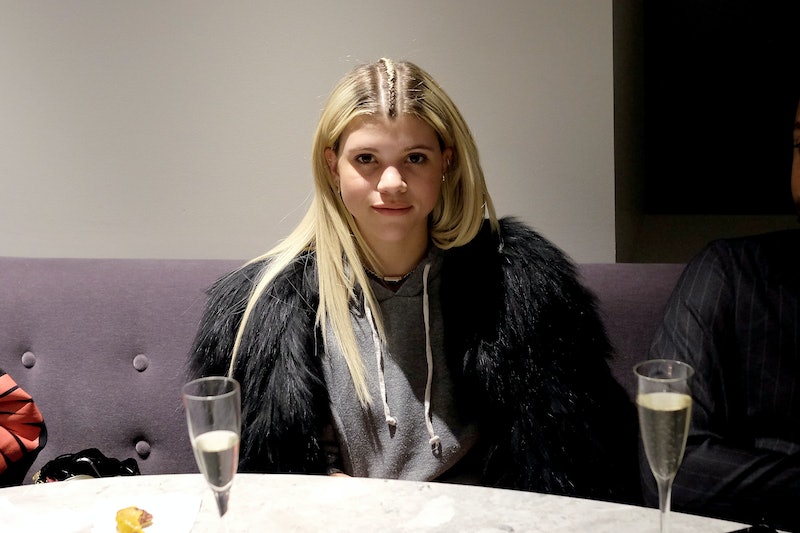 Beliebers all over the world are losing their collective minds over the bond between Justin Bieber and model Sofia Richie. US Weekly alleges that the twosome have been spotted hanging out pretty much every day for a month, and Bieber fans are not pleased. Some fans are furious that Bieber would ever deign to spend time with a lady who is not Selena Gomez and are attacking Richie all over Instagram, leaving mean comments on both her and Bieber's pages. Cries of "JELENAAAAAAAA" (the couple name of Bieber and ex-girlfriend Gomez) and the snake emoji (an apparent reference to Richie as a snake) are all over the place. But just who is Sofia Richie, the girl who clearly plays a big part in Bieber's life and has ignited unfair hate from his fans?

According to The Daily Mail, Richie, who is the little sister of Nicole Richie and daughter of Lionel Richie, began modeling at the age of 16. In 2015, she told ASOS in her cover shoot for the magazine, "Modeling is my thing right now. Vogue is a massive goal for me. I hope my character will make people see past the fact I’m not 6 ft 5." Richie's first gig was in 2014 in an interview and photo spread for Nylon, which she totally slayed, and it doesn't seem that she's slowing down anytime soon, having now modeled for everything from Town and Country to Madonna's Material Girl line.

But sadly, it's her personal life that seems to be making more waves these days. People reports that this soon-to-be-18-year-old and Biebs recently hung out in Laguna Beach and Toluca Lake (where the singer has a home). They then headed to Tokyo, where the the pop star performed two shows for his Purpose World Tour.

That all seems well and good, but take one look at Bieber's Instagram and you'll see all the hate Richie is getting, simply for being close with Bieber. Thankfully, the singer is not putting up with it. On Sunday, the pop star took to his Instagram with six black and white photos of himself and Richie in the back seat of a car cheesin' for the camera. On the final photo, he shared the caption, "I'm gonna make my Instagram private if you guys don't stop the hate this is getting out of hand, if you guys are really fans you wouldn't be so mean to people that I like."

It's good to see Bieber standing up for those close to him and not tolerating the unfair criticism Richie is getting simply for being in his life. Take note, Beliebers — if y'all don't get it together, there's going to be a lot less of the singer in your lives, and I'm sure nobody wants that.