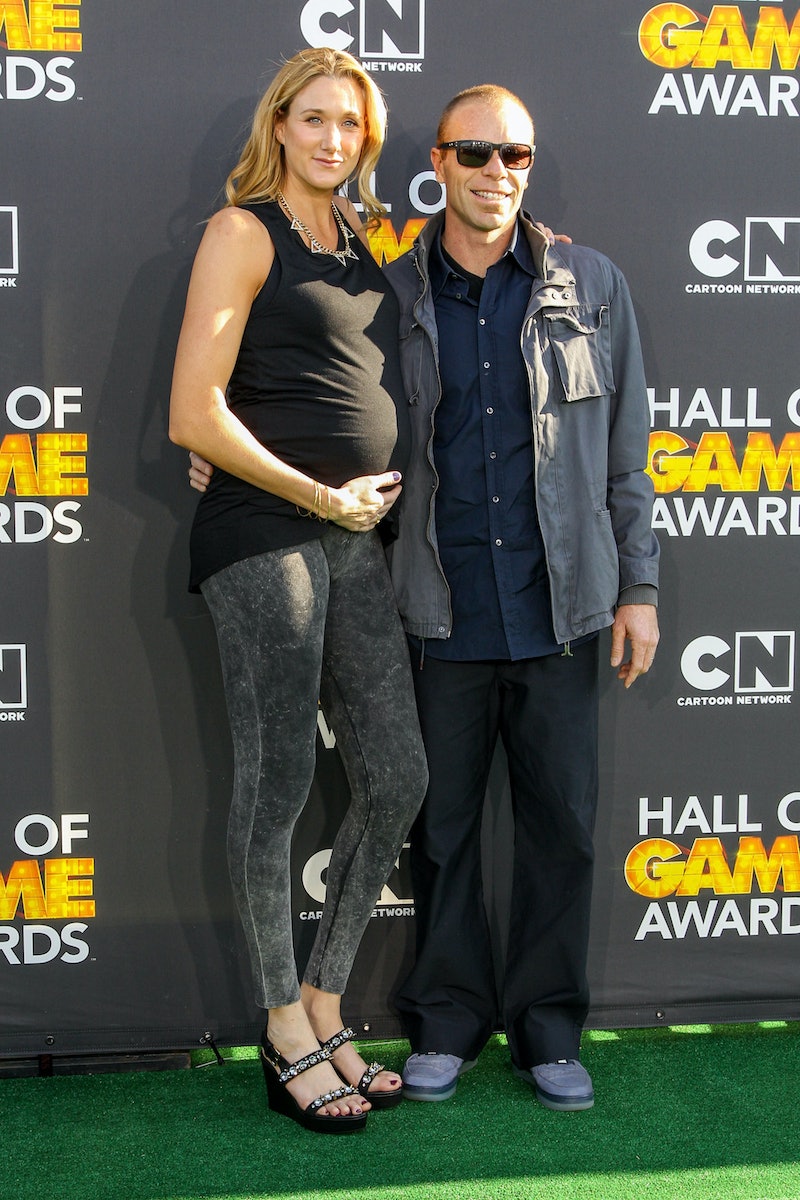 One of my favorite things about the Summer Olympics is truly basking in all the amazing athletes and appreciating them for their gifts (that I wasn't given). Beach volleyball has always eluded me because these men and women are tall with exceptionally bronzed, glistening bodies, while I am severely lacking in the height department. Kerri Walsh Jennings is such an athlete who has dominated U.S. beach volleyball and is currently attempting to win her fourth gold medal in the sport in Rio. When I learned that her husband would be staying at home with their three children during the Olympics, it made me want to find out more about who Kerri Walsh Jennings' husband is.

Walsh Jennings has often credited her husband, Casey Jennings, as her source of "inspiration and strength," and he also happens to be a professional volleyball player himself. Along with volleyball, Walsh Jennings holds her family life as her highest priority. According to the Team USA website, she once said, “The balancing act of motherhood and a career, and being a wife, is something that I don't think I'll ever perfect, but I love the challenge of it.”

Because he is such a huge part of this incredible Olympian's life, here are some things you might want to know about Jennings.

He Is A Volleyball Player

According to USA Today, Walsh Jennings and Jennings met in 2001 when they were both competing to get a spot on a professional beach volleyball tour. While he has played volleyball for many years and competed in many successful tournaments, Casey has never competed at the Olympics in his sport.

They Are Both Very Tall

Jennings is 6'3" while Walsh Jennings is listed at 6'2"! Jennings' nickname for his wife is "six feet of sunshine," and he even had that nickname engraved on her wedding ring, according to E! News.

They Plan On Being A Positive Force in Sports Together

Walsh Jennings recently shared with Yahoo! Sports of her plans with Jennings post-Olympics. She said,

"I want to build up my presence in our sport... My husband and I want to have a leadership academy. Volleyball will kind of be the foundation of it, but we want to talk about character and team-building and what it takes to be great in life."

He Is Extremely Supportive Of His Wife's Career

Jennings has no qualms in talking about and showcasing his wife's accomplishments, and his Twitter account is flooded with news of her career. He has devoted his time to being a stay-at-home dad while Walsh Jennings follows her Olympic dreams, which is extremely admirable.

They Had A Stint As Reality TV Stars

Last summer, Walsh Jennings appeared on Celebrity Wife Swap on ABC and switched lives with Real World star Tami Roman. As professional athletes, Walsh Jennings and Jennings both struggled with dealing with the other family's unhealthy eating habits, but it made for good TV and made them all stronger in the end.

They Love A Little PDA

Also, just listen to these amazing words he has to say about his wife. D'aww!

With the strong foundation Walsh Jennings has in her husband, I have no doubt she will continue to succeed in her career and future endeavors with him and their children by her side.