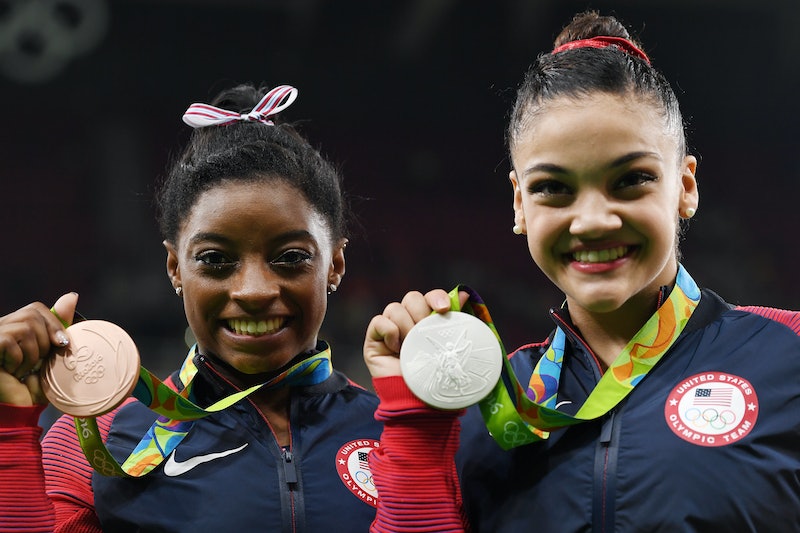 Rules are always changing at the Olympics. At the 2020 Summer Games, gymnastics teams will consist of four athletes instead of five or more, which is one the the reasons that this year's group of American ladies are calling themselves "The Final Five." However, that's not the rule that is getting all of the attention in Rio. When was the two-per-country gymnastics rule instated at the Olympics? While frustrating for fans of Team USA at the moment, the rule that states only two gymnasts can represent their country in the individual all-around and event finals has been around for quite a while.

According to Slate, the two-per-country rule started in 2004. World championships have adopted this rule too, and before 2004, it used to be three per country. This rule is getting a lot of attention in Rio due to the fact that it "shut out" the defending Women's All-Around gold medalist Gabby Douglas from the Rio final after she came in third in qualifications.

Aiko Sugihara from Japan, Angelina Melnikova from Russia, and Celine van Gerner from The Netherlands were also unable to participate, despite having scores that would have otherwise qualified them. The rule eliminated Jordyn Wieber in the 2012 London games. She came in fourth in qualifications and was unable to compete in the final alongside Aly Raisman and Gabby Douglas.

While it allows gymnasts from smaller countries the chance to compete in individual events, and that's awesome, this is the price. Whether that’s fair depends on how you look at it. It's nice that the Olympics have rules in place that are diplomatic and help to spread around the glory, but when world class competitors like Gabby Douglas and Jordyn Wieber get knocked out in qualifications on a technicality, it certainly doesn't seem that fair.

Togetherness is one of the best parts about the Olympics, but at the end of the day, at least some of it is about winning and being the best — right? Maybe the fact that this rule has been around for 12 years but only become a "problem" or a controversy in the last two Olympics is a good thing, but that doesn't make it any less frustrating for those of us who want to see our favorites get a shot at the podium.

More like this
Prince William Reveals Charlotte's Hidden Talent In Ultimate Proud Dad Moment
By El Hunt
The EGOT Winners List: Only These 17 Artists Have Ever Reached EGOT Status
By Radhika Menon and Marina Watts
7 Expert Tips For First-Time Pickleball Players
By Carolyn Steber
The Nike & Jacquemus Collab May Have Been Inspired By Princess Diana
By Frances Stewart
Get Even More From Bustle — Sign Up For The Newsletter