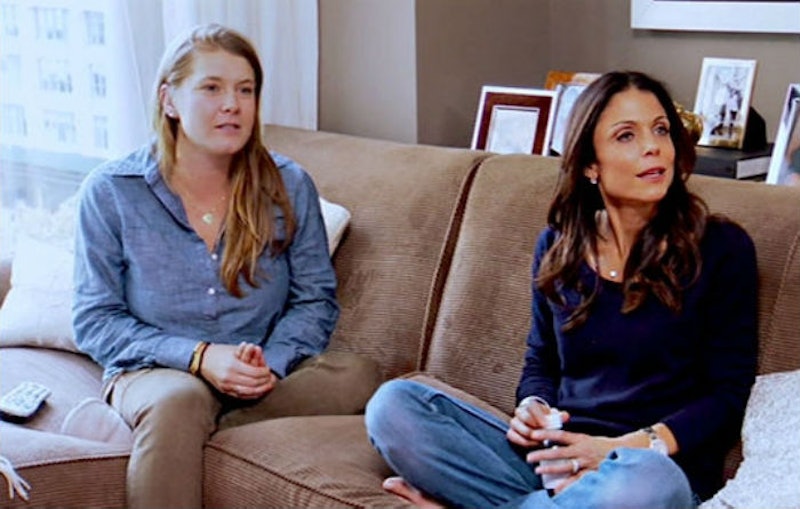 If you consider yourself a huge Real Housewives of New York City fan, then you most definitely remember Bethenny Frankel's assistant Julie Plake. Throughout Bethenny's Bravo career (RHONY, Bethenny Getting Married, and Bethenny Ever After), Julie was a huge part of it and made a name for herself as not only Bethenny's personal assistant and then business manager, but also as one of her best friends. As you'll notice, she is no longer part of the Bravo world, because Julie left Bethenny in 2012 after deciding to back to her hometown of Pittsburg. Ever since then, not much has been heard about her, so what happened to Julie?

I'm sure it will make fans happy to hear that Julie and Bethenny have remained close. Whew! Wouldn't it have been horrible to learn that they were no longer friends? But, before I get to their relationship, let's discuss Julie's life. According to her LinkedIn, Julie is the owner of JPM Branding + Consulting based in Pittsburgh. Clearly, she and Bethenny have the same work ethic and know how to kick ass at their careers.

Through her company, she helps brands and emerging influencers, like bloggers and personalities, form a solid business foundation. She then works to manage and promote them through marketing, public relations, branding and media partnerships. Impressive is an understatement, and I'm so happy to see that Julie is such a success.

In addition to her flourishing career, Julie is also now married to her high school sweetheart, Drew McMinn. They tied the knot in 2013 and are even parents to a daughter, Josey Catherine McMinn, who was born in November 2014, according to Julie's Instagram. Guess what? Josey's birthday is also Bethenny's. In November 2014, Bethenny tweeted, "WOW! I share a birthday w @julieplake baby josey catherine mcminn!!! Julie is bryn's godmother!!!!" How crazy is that? I guess Julie and Bethenny will forever be tied. Plus, Julie is Bryn's godmother, so, yeah, these two have a strong connection.

If you couldn't tell, Bethenny and Julie are still very much apart of one another's lives. Since they are still close, do you think Bryn and Josey have playdates? I know Julie's daughter is a bit younger, but that doesn't mean they can't play together. Based on this tweet Bethenny shared in January 2015, I'm going to say they sure do. She tweeted, "OMG my baby is giving @julieplake baby a bath!!! #timeflieswhenuramommy."

And, in June, Julie visited Bethenny during her Sirius XM radio show, B Real with Bethenny.

Not only is it great to see how well Julie is doing for herself and in life, it's wonderful that she and Bethenny have remained close, despite Julie leaving NYC. Now that they are moms and have successful careers, they have even more to bond over.