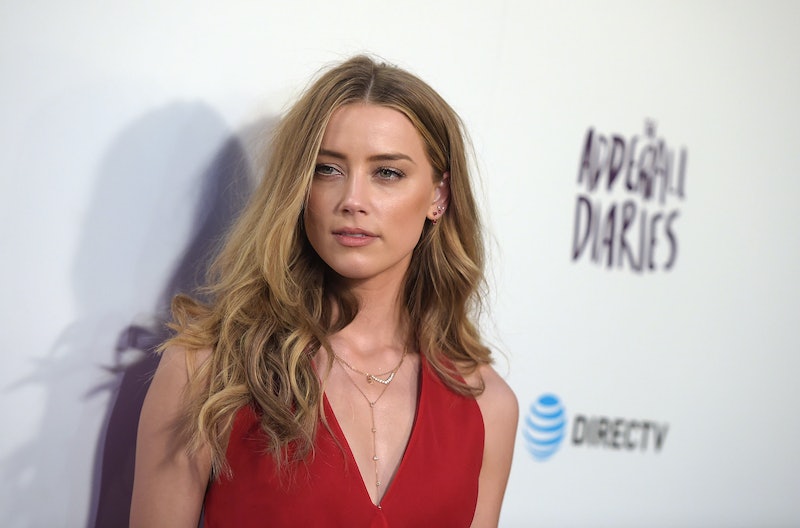 Only one day before their restraining order court hearing, Amber Heard and Johnny Depp have settled their divorce, the couple confirmed in a statement to TMZ. According to the publication, Depp and Heard filed legal documents on Tuesday and Heard withdrew her domestic violence restraining order petition. Depp previously denied Heard's claims of abuse through his lawyer, Laura Wasser, who told People in May, "Amber is attempting to secure a premature financial resolution by alleging abuse."

The former couple's statement to TMZ on their divorce case, which was in conjunction with the domestic violence petition, reads as follows:

In June, Heard withdrew her request for spousal support. According to People, in the declaration, Heard said the fact that she was requesting money was being "used against me to distract and divert the public away from the very serious real issue of domestic violence."

TMZ claims that Depp agreed to pay Heard $7 million. Bustle has reached out to reps for Heard and Depp regarding this claim. Heard's lawyer confirmed that the case has settled, but had no comment; we have not yet received a response from Depp's reps.