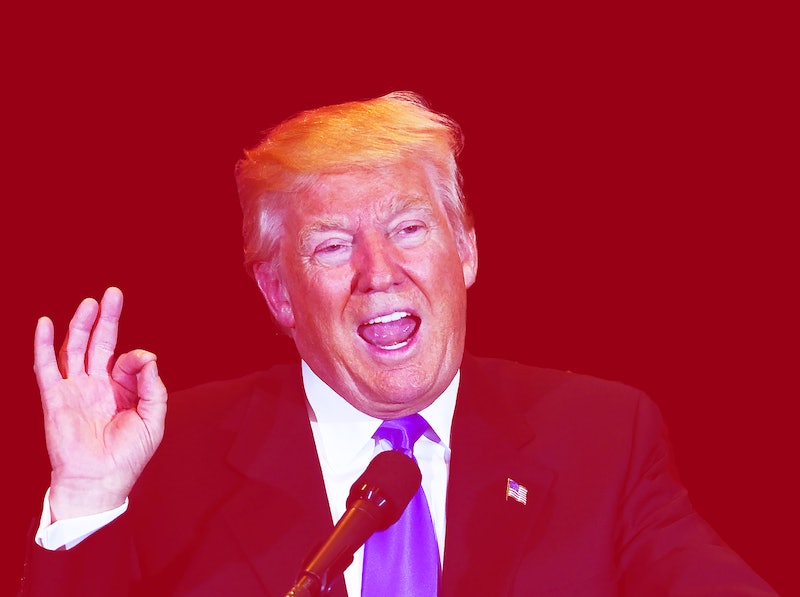 On Wednesday, Aug. 17, in the year 2016, Republican presidential nominee Donald Trump will get his first classified intelligence briefing. To quote Samuel L. Jackson from Jurassic Park, "Hold on to your butts." According to multiple reports, the briefing will take place in New York at the FBI's field office, and will be conducted by career staff from the Office of the Director of National Intelligence.

At the Aspen Security Conference last month, Director of National Intelligence James Clapper described the briefings as "fairly general," which is reassuring.

The biggest concern among many in Washington (and, let's say, anyone who isn't voting for Trump) is that the GOP nominee has got what I'm generously going to call a big mouth. Senate Minority Leader Harry Reid even suggested that the CIA might want to give Trump fake briefings. "I would hope they would give him fake intelligence briefings, because they shouldn't give him anything that means anything because you can't trust him," Reid said back in July.

Reid's concern about Trump having access to sensitive intel isn't exactly unfounded. Many of Trump's most uproarious comments seem to slip out of his mouth, including last week's insinuation that Second Amendment activists could protect their gun rights by assassinating Democratic nominee Hillary Clinton.

The briefings have been an election tradition since the 1950s. President Harry Truman, who had taken office following the death of Franklin Roosevelt, entered the Oval Office with no knowledge of state secrets, including the Manhattan Project. According to David Priess, author of The President's Book of Secrets, Truman had decided that his successor would not be similarly blind-sided and ordered the briefings for the two 1952 nominees.

However, I think it's fair to say that Truman never envisioned a situation quite like this.

So let's bottom-line it here: what's the worst-case scenario? Apparently, it's not even the one that feels most obvious, i.e., Trump accidentally (or accidentally-ish) reveals some high-value intel during a rally.

Regardless, President Obama has confirmed that the briefings are going ahead, though he had stern words (which seemed pointed at Trump): "If they want to be president, they got to start acting like president, and that means being able to receive these briefings and not spread them around."

For now, I'm just going to assume that if the President isn't freaking out by what information Trump will be getting in these briefings, then neither should I.