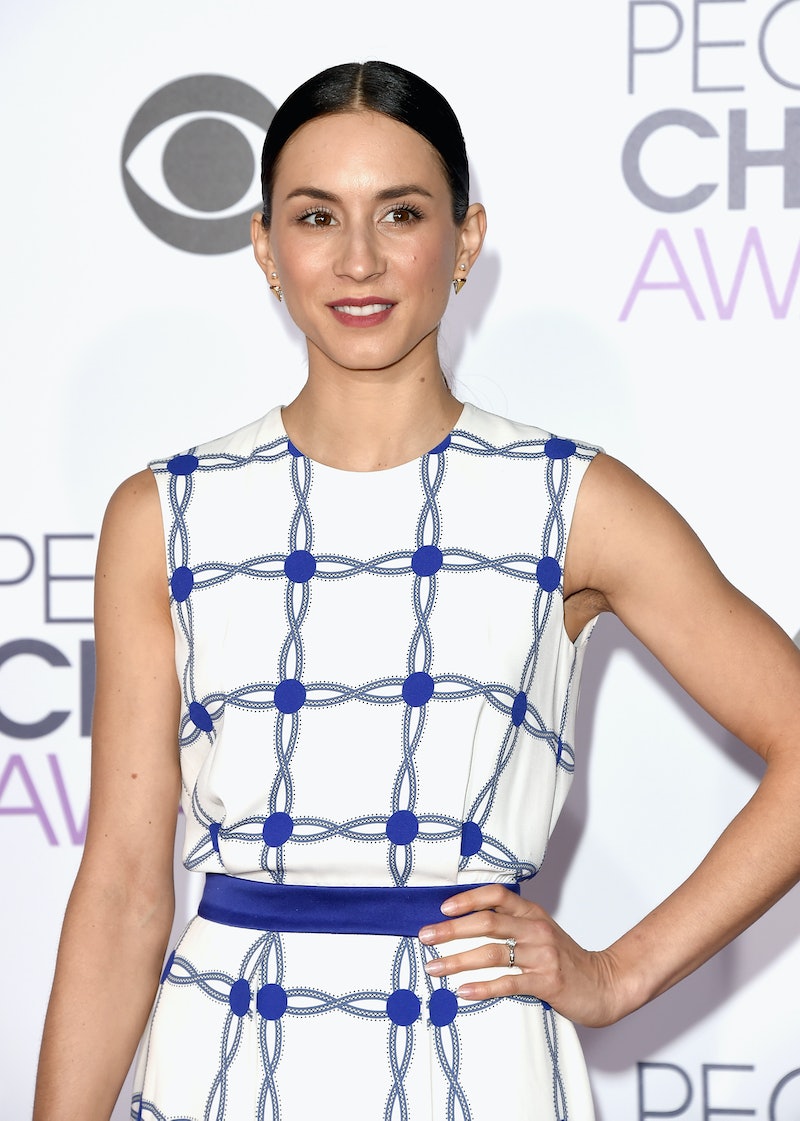 It's a big day in the world of Pretty Little Liars. No, I don't mean Uber A is being unmasked. But it does have to deal with Troian Bellisario's PLL directorial debut. In April, it was announced that Bellisario would direct her first episode of the Freeform series, in which she stars as Spencer Hastings. On Tuesday, the 30-year-old actor officially stepped behind the camera for Season 7, Episode 15, which is titled "In the Eye Abides the Heart." Because this is such a huge deal, the PLL cast is supporting Bellisario's directing gig in an amazing way.

Most of the cast members have taken to social media to express their excitement and support for their co-star, whose new gig is especially important due to the scarcity of female directors in Hollywood. So to see Bellisario taking on the role of director is beyond fantastic and impressive. Her fellow PLL cast members get it, and couldn't be more proud. Plus, to see your co-star succeed has to be a really great feeling.

Based on several Instagrams, that's exactly how Lucy Hale, Ian Harding, Shay Mitchell, Ashley Benson, and creator I. Marlene King feel. It really is wonderful to see all of the support thrown her way, and how she's being uplifted during such a special moment.

He's right, she is #killingit.

Hale's words say it all. Also, how nice was Bellisario's fiancé, Patrick J. Adams, to provide a coffee cart?

She stole Hale's photo, but this is such a great pic of Bellisario. I'd want to steal it, too.

Benson shared this on Snapchat Monday, and she's very excited.

Based on this snap from Monday, Mitchell couldn't be happier for her co-star and friend.

No, he's not part of the PLL cast, but I can't not share his sweet IG. Plus, there's this:

Excuse me while I swoon. So how does Bellisario fell about all of this? Well, the following IG she shared Tuesday says it all.