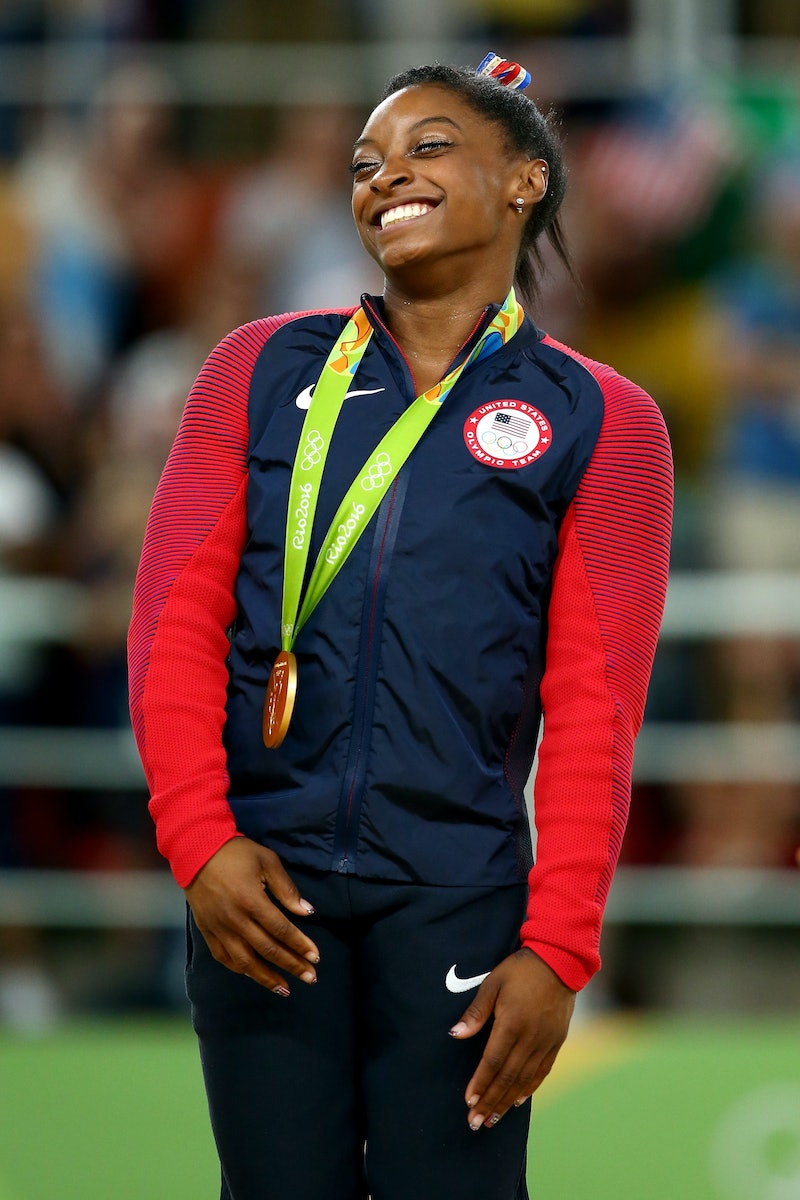 It’s a banner day in Olympic history. Yes, a number of athletes have taken home various medals today, and trust me, I'm in awe of their talent and hard work. But, that said, the bigger news out of Rio today in my opinion is that Simone Biles finally met Zac Efron and their rendezvous was even more amazing than fans could have hoped for. So, now that it's happened, I'm dying to know: Did the long-awaited and long-distance romance of our collective dreams finally blossom between them after they exchanged adoration via Twitter? Was it the hopes and dreams of a teenage girl finally being met?

I mean, kinda. That was all great, too. But the thing that made this meeting amazing was what happened when they met.

Posing in the Today Show studios in Rio, Biles and Efron took some videos and pictures that the Olympian later posted on her Instagram page. But it’s not some awkward side-by-side shot of these two highly anticipated friends meeting for the first time. Instead, Efron bends down to Biles’ height while Biles leans in for a kiss.

A kiss! That’s some serious action for a first-time meeting. And then, much to Biles’ delight, he kissed her back!

It seems like love at first sight to me, but I could be biased when it comes to matters of the heart. Neither seem exactly upset about the other’s public display of affection, though, so I’m assuming they’re both pumped to be standing next to each other and so clearly sharing their mutual love.

And I don’t blame Efron for being as excited as Biles, who is an admitted fan. After four gold medals and one bronze, Biles is the hit of the 2016 U.S. team. When she talked openly about her love for Zac Efron, the actor responded with enthusiasm. He posted a picture of himself showing his love for the Final Five with his hands in the shape of a heart when the Olympics first begun:

Ever since then, this meeting has been in the making in a major way, and I’m just excited that it finally happened. There’s nothing better than mutual adoration, especially when it comes from two such talented people.