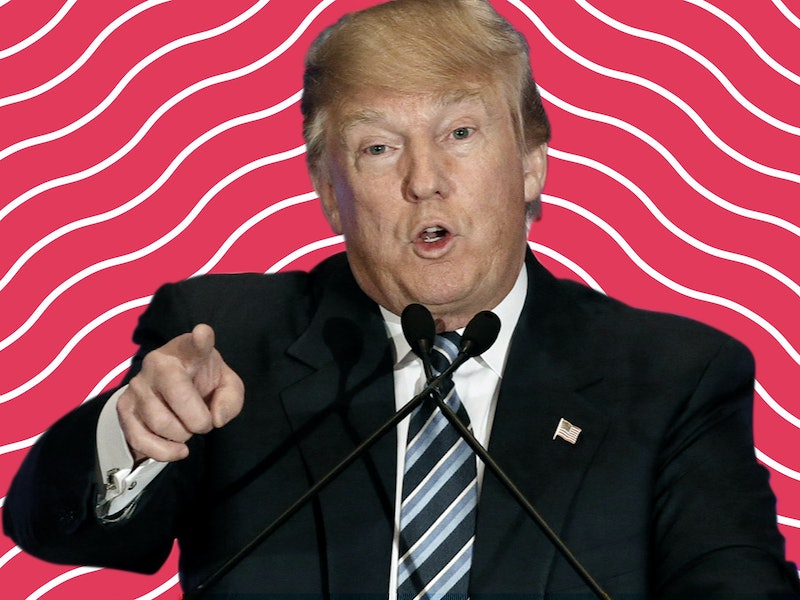 Strap on your cleats and throw on some body armor, because Donald Trump has just turned his campaign up to 11… and then he snapped the dial right off. The Republican presidential nominee announced a “shakeup” of his campaign, bringing in the executive chairman of Breitbart News, Steve Bannon, to be CEO of the Trump-Pence campaign.This would be like having a Doberman Pinscher as a guard dog, and then saying, “You know what, that’s not enough. Go get me a Tyrannosaurus Rex.”

In case you don’t venture often into the deep-red conservative web, Breitbart News is the hard-right website started by the late Andrew Breitbart. It has long appeared to have Trump’s back in the 2016 race, and even defended the campaign when then-manager Corey Lewandowski was accused of accosting Michelle Fields, a Breitbart reporter, in Florida. The state never filed charges against Lewandowski, and Fields left Breitbart.

CBS' Sopan Deb referred to Bannon as a “conservative firebrand.” Bannon was described more pointedly by Bloomberg Businessweek's Joshua Green as “the most dangerous political operative in America” — a reference that was proudly pointed out in the press release from the Trump campaign. It feels almost beside the point to note that Bannon has never run a political campaign, as experience is clearly valued as much as consistency in the Trump operation.

What does this mean for us, the humble political spectators? Some reports suggest the changes were meant to undo the staying hand of Paul Manafort, the established Republican operative hired by Trump in April to attempt to “presidentialize” his campaign. According to a Washington Post report by Robert Costa and Jose A. DelReal, Trump aides said he was feeling "boxed in" and "controlled." As a very related side note, Manafort is also dealing with own PR woes regarding his work in Ukraine. The reduced influence of Manafort will mean we can probably expect an even less restrained Trump in the remaining 82 days between now and the election.

Moreover, according to Deb, his campaign is shifting tactics to embrace even more rallies — the kind which get crowds riled up and which are becoming more and more well-known for Trump’s headline-exploding asides. Frankly, I’m not sure if there will be any media left by the time Trump and Bannon are done with it. It’ll all get used up.

Aside from the fact that this seems to suggest that Trump is moving even farther away from the center (which only helps his Democratic rival, Hillary Clinton), there is the silver lining of Twitter’s reactions to the announcement:

Whatever the last few weeks of this campaign holds, it may not be pretty. But pay attention — and hang onto your hat.