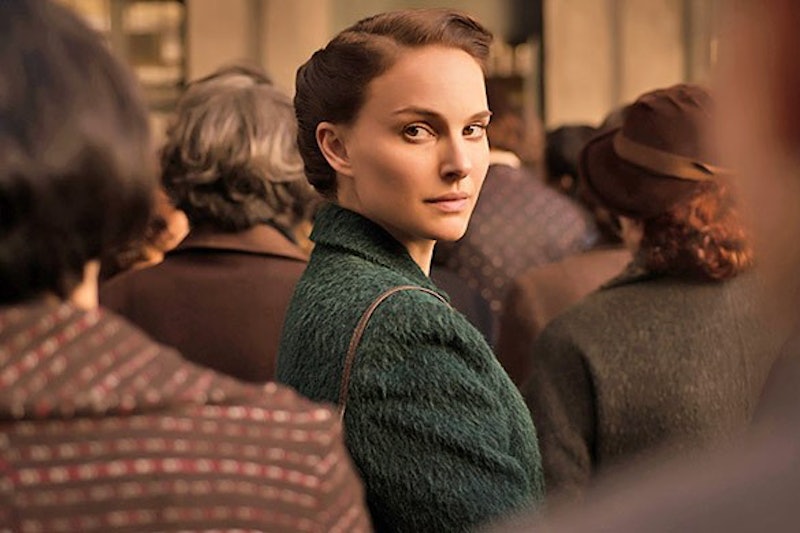 Natalie Portman went from being one of the world's biggest movie stars to essentially disappearing from the industry in 2013. But now the Oscar-winner is back and bigger than ever, making her debut as a writer/director in A Tale of Love and Darkness, a film in which she also stars. The movie gives one family's perspective of the birth of the state of Israel in the mid-Twentieth Century, when it was formed in the territory known as Mandatory Palestine. So since it deals with an historical event, does that mean A Tale of Love and Darkness is a true story?

The answer is yes, A Tale of Love and Darkness is essentially a true story. The movie is based upon the autobiographical novel of the same name by Israeli author, Amos Oz. While the classification "autobiographical novel" implies that Oz based the book on his own life experiences, but fictionalized some aspects of the story — which differentiates the work from a straight up autobiography — it's still considered by most to be a work of nonfiction, and it won the 2005 JQ Wingate prize in that category. And since the movie is based upon the book, it, too, should be considered nonfiction.

In the book, Oz recounts his youth growing up in the first days of Israel, and juxtaposes the big story of the birth of a nation with his very personal account of his own life. Specifically, the book (and the film) put a lot of focus on Oz's mother, Fania, a tortured soul who died of a drug overdose, but not before inspiring her son to put pen to paper by frequently telling him her own stories. Portman certainly knows the importance of the character, as she plays Fania in the film.

And when it came to getting the facts of the film right, Portman had some notable help in the form of Oz himself. "At every stage I sent him the script any time I got to a draft that I felt good with. And he would send me notes back, but it was interesting because they were never creative notes. It was just, 'This was actually December '47, not February '48,' those kinds of things," the director tells Jason Guerrasio of Business Insider. "Which was great because he was the most accurate fact-checker of all — it's his life."

So despite the big global machinations going on in the background, A Tale of Love and Darkness is really a very personal account of a boy's life — based upon the recollections of the man who lived it.